U.S. and Germany Hold Back DT 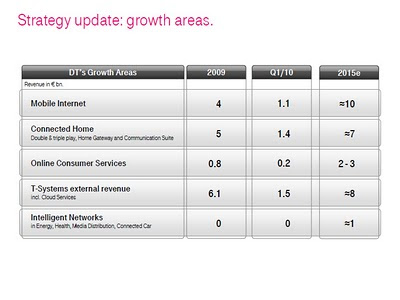 
Deutsche Telekom said its 3G network in the U.S. now has almost 27,000 base stations (up 1,437 in the first quarter), providing coverage to 208 million people. Its goal is to provide HSPA+ coverage to 185 Americans by the end of 2010. source: Deutsche Telekom presentation