RIM's Revenues Fall off a Cliff

Research In Motion said its revenue for the quarter ended June 2, 2012 was 2.8 billion US dollars,  down 43% from 4.9 billion dollars in the same quarter of last year. In the quarter, shipments of BlackBerry smartphones were 7.8 million and shipments of BlackBerry PlayBook tablets were approximately 260,000, RIM said. The global BlackBerry subscriber base is approximately 78 million and still growing, the company claimed.

RIM said it "expects the next several quarters to continue to be very challenging for its business based on the increasing competitive environment, lower handset volumes, potential financial and other impacts from the delay of BlackBerry 10, pressure to reduce RIM’s monthly infrastructure access fees, and the company’s plans to continue to aggressively drive sales of BlackBerry 7 handheld devices." source: RIM statement
No comments:

Samsung S III Off to a Flyer

China Mobile said it is "very likely" to raise its target to deploy 20,000 TD-LTE base stations in 13 cities by end of this year. “Now the device wait is the bottleneck,” China Mobile chairman Xi Guohua told the GSMA's Mobile Asia Expo. source: Mobile Business Briefing article
No comments: 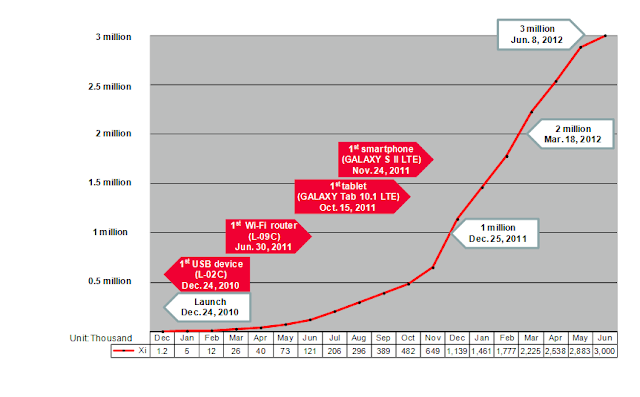 NTT DOCOMO of Japan said it has signed up more than three million subscribers for its Xi-branded LTE service, since it was launched in December 2010. source: NTT DOCOMO statement
No comments:

Apple said that it had sold 365 million devices running its iOS operating system by the end of March and 80% of those devices are now running the latest version - iOS5. The device maker also said more than 125 million people are now using its iCloud service for synchronizing photos, music and other content. Apple added that its iMessage service now has 140 million users, who send one billion messages a day. source: the verge
No comments:

HTC, a leading maker of smartphones, said that it now expects its revenue for the second quarter of 2012  to be 91 billion Taiwanese dollars (3.05 billion dollars), compared with 124.4 billion Taiwanese dollars in the same quarter of 2011. It blamed lower-than-anticipated sales to Europe, and the delayed shipment and launch of certain products in the US. source: HTC statement
No comments: 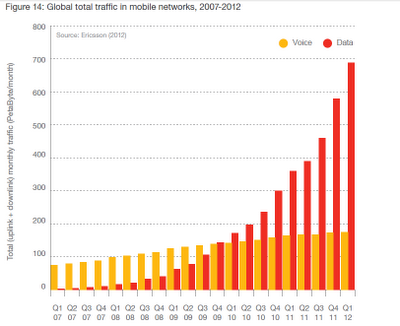