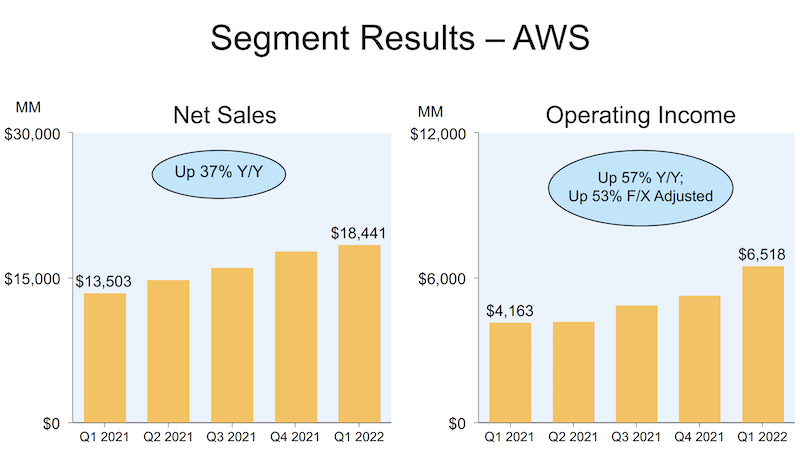 Amazon forecast that its revenue in the second quarter will be between 116 billion and 121 billion US dollars - growth of between 3% and 7% compared with second quarter 2021. This guidance anticipates an unfavourable impact of approximately 200 basis points from foreign exchange rates.

In the first quarter of 2021, Amazon's sales rose 9% (in constant currencies) to 116.4 billion dollars. The cloud services business AWS was the main growth engine - its sales leapt 37% year-on-year.

Amazon's push into the gaming sector is gaining momentum. It reported that Lost Ark, the free-to-play multiplayer online game, exceeded 20 million global users and became the second-highest played title of all time by peak concurrent players on the distribution platform Steam. Published by Amazon Games in Australia, Europe, Latin America, New Zealand, and North America, the game was developed by Smilegate RPG, which is based in South Korea.

Amazon has also made its Amazon Luna cloud gaming service widely available. It includes the Prime Gaming Channel, where Prime members can access a rotating selection of games on Luna for free. Source: Amazon statements

Alphabet reported revenue growth of 26% year-on-year for the first quarter, at constant currencies, to just over 68 billion US dollars. The top line was held back by a relatively weak performance by YouTube, which saw advertising revenues rise by just 14% on a reported basis, after growing 25% in the previous quarter. The company said that direct response advertising on YouTube saw only "modest" growth.

Amid concerns about competition from Tik Tok, Sundar Pichai, CEO of Alphabet and Google, said: "YouTube Shorts is now averaging over 30 billion daily views -- that’s four times as much as a year ago. ... On average, viewers are watching over seven hundred million hours of YouTube content on televisions every day. And in the year ahead, we’ll give YouTube’s Connected TV viewers new smartphone-controlled navigation and interactivity features, allowing people to comment and share content they’re watching on television directly from their devices." Sources: Alphabet statements 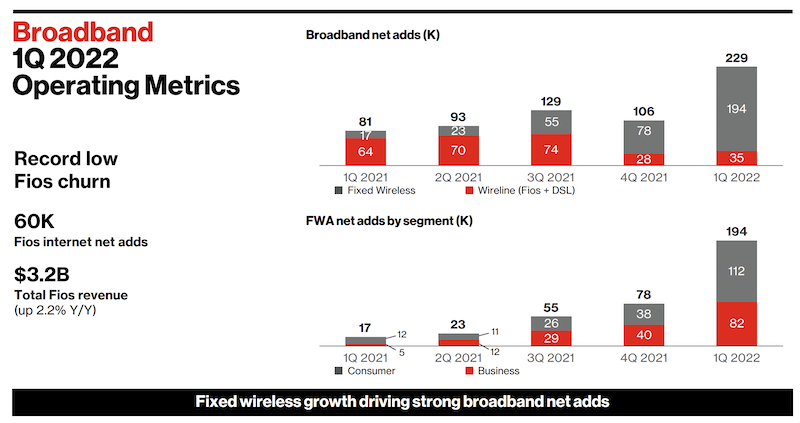 Verizon forecast that its reported wireless service revenue growth will now be at the lower end of the previously guided range of 9% to 10% for 2022. The telco is planning capital spending of between 21.5 billion and 23.5 billion US dollars in 2022, as it invests between 5 billion and 6 billion dollars in its C-Band 5G network.

Tesla reported a 81% year-on-year increase in revenues for the first quarter to 18.8 billion US dollars. It achieved this growth despite "global supply chain, transportation, labor and other manufacturing challenges, limiting our ability to run our factories at full capacity."

Tesla said energy storage deployments increased by 90% to 846 MWh, in the first quarter mainly driven by strong Powerwall deployments. "We are in the process of ramping production at a dedicated Megapack factory to address the growing demand," it added. However, solar deployments decreased by 48% to 48 MW. "This reduction was caused by import delays beyond our control on certain solar components. Solar roof deployments continued to grow, " Tesla said.

The carmaker is aiming to release FSD (full self driving) Beta software to all U.S. FSD customers before the end of this year. Initial release of FSD Beta to some customers in Canada started in March 2022. Source: Tesla collateral