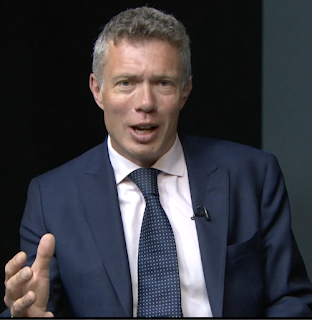 A former telecoms and technology correspondent for The Wall Street Journal, I provide content development, analytical and editorial services to organisations in the telecoms, media and technology sectors.
As an Associate Senior Analyst, I run STL Partners' Reconnecting with Consumers steam, which covers Google, Apple, Amazon, Facebook and Microsoft, as well as the broader digital commerce market. Over the past 10 years, I have authored and edited a series of groundbreaking reports for STL, including recent titles: Cashing in on the end of cash, Cloud gaming: New opportunities for telcos? and How telcos can flex their physical strength.

At seven editions of the Mobile World Congress, I have worked for the GSMA's Mobile World Live television service, choosing topics, identifying and inviting guests, composing questions, conducting interviews and moderating panels.
I have moderated dozens of discussions at major telecoms events, including MWC and Rutberg & Co.'s Wireless Influencers event, asking speakers probing questions, prompting lively debates and ensuring the audience has an opportunity to participate.

During three and half years at the GSMA, I provided media relations support to the CEO and Chairman of the GSMA, as well as top executives from many of the world’s leading mobile phone companies.

I oversaw the GSMA's public policy media relations strategy encompassing everything from the case against roaming regulation in Europe to high taxes in Africa to the tight rationing of spectrum in India.

I was also responsible for media relations for the GSMA’s Development Fund, which is at the forefront of efforts to bring mobile services to people living on just a few dollars a day, and the GSMA’s programmes spearheading the development of mobile financial services.

In New York, I set up and hosted CEO-level briefings on mobile money transfer services with journalists from the Financial Times, Bloomberg and other top-tier media. In Macau, I worked with four mobile operators to run a major press conference incorporating live demos and video feeds of mobile payment services from across Asia.

As a result, the GSMA has had extensive coverage on the BBC, in the FT, the Wall Street Journal, BusinessWeek, The Economist, and many other major publications, as well as featuring in countless articles in the telecoms trade media. I have also written numerous articles and given many live television and radio interviews on behalf of the GSMA.

In my five years at the Wall Street Journal, I produced numerous front page news and feature stories, including several acclaimed articles featuring original insight and inside reporting on the struggle for supremacy between Nokia, Microsoft and Vodafone.