Vodafone reported a 0.5% rise in organic service revenue (excluding handset financing) for the quarter ending September 30th, as a "good commercial and financial performance in most markets [was] offset by increased competition in Italy and Spain."

Vodafone said it plans to "drive growth in the Europe Consumer segment by developing deeper customer relationships, with a strong focus on our existing base. We intend to both cross-sell additional products (e.g., broadband, family SIMs, TV) and up-sell new experiences (including higher speeds with 4G Evo / 5G, low latency mobile gaming services and a wide range of consumer IoT devices)... We intend to launch 5G services in-line with leading local competitors during calendar 2019 and 2020, with an initial focus on dense urban areas. 5G’s improved spectral and energy efficiency supports up to a 10x reduction in the cost per Gigabyte, which will allow the group to limit the future growth in network operating costs despite strong expected traffic growth."

In emerging markets, Vodafone said it sees "a significant opportunity to grow in digital and financial services. M-Pesa, our African payments platform, has moved beyond its origins as a money transfer service, and now provides enterprise payments, financial services and merchant payment services for mobile commerce. Over 10 billion US dollars of payments are processed over the platform every month, across the seven African markets where M-Pesa services are active. We now have 35 million M-Pesa customers, and in [the six months to September 30th] M-Pesa grew revenues by 19.4% to 400 million euros. M-Pesa represented 12% of Emerging Consumer service revenues." Source: Vodafone statement 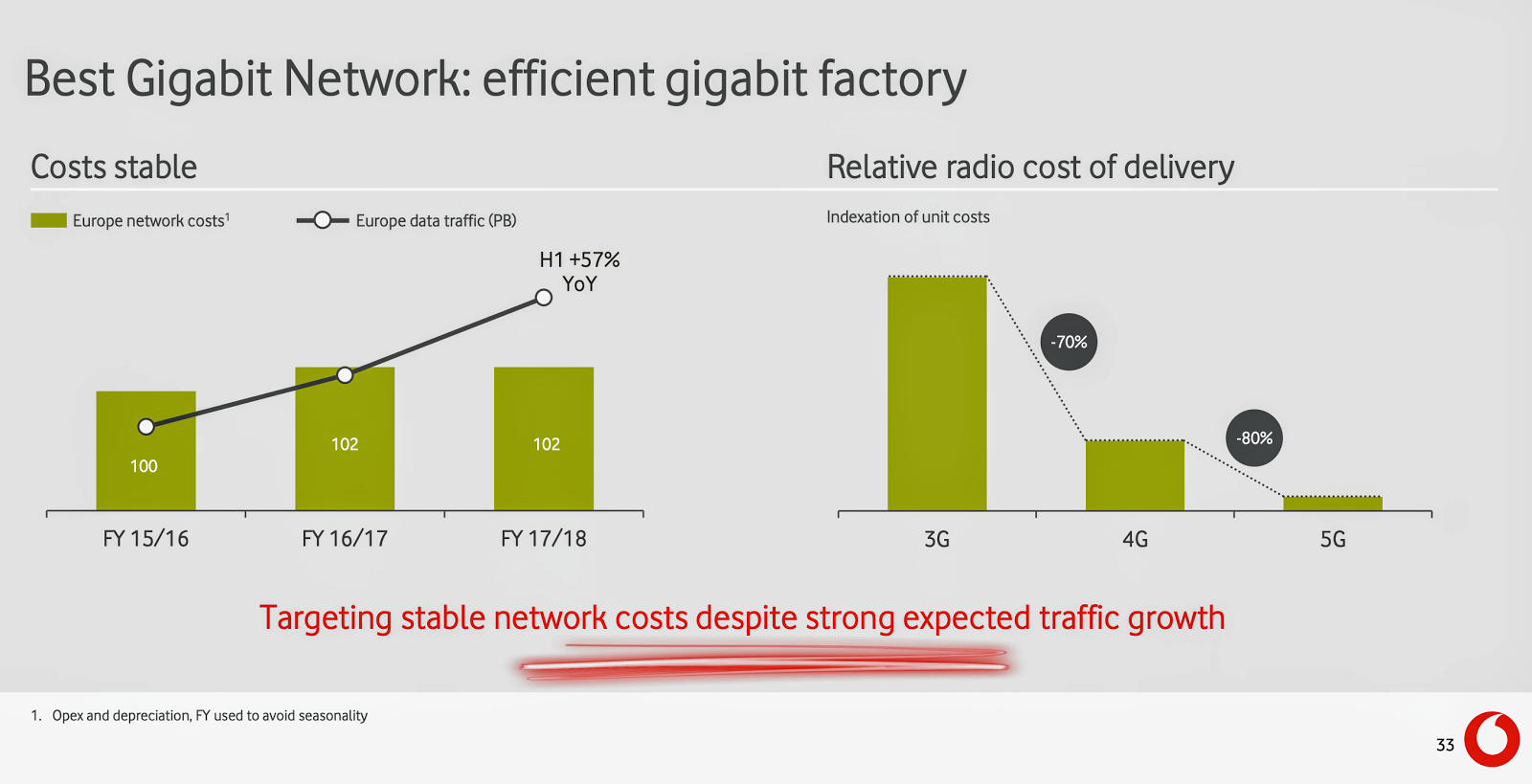 Deutsche Telekom reported a 0.9% year-on-year decline in its revenues in Germany to 5.44 billion euros in the third quarter, offset by a 8% rise in revenues at T-Mobile USA to 10.7 billion dollars. In the rest of Europe, revenues rose 2.2% on an organic basis to 3.05 billion euros. In Germany, mobile services revenues declined 9% (see above), while another large increase in postpaid mobile customers drove growth in the U.S. (see below). Source: Deutsche Telekom documents 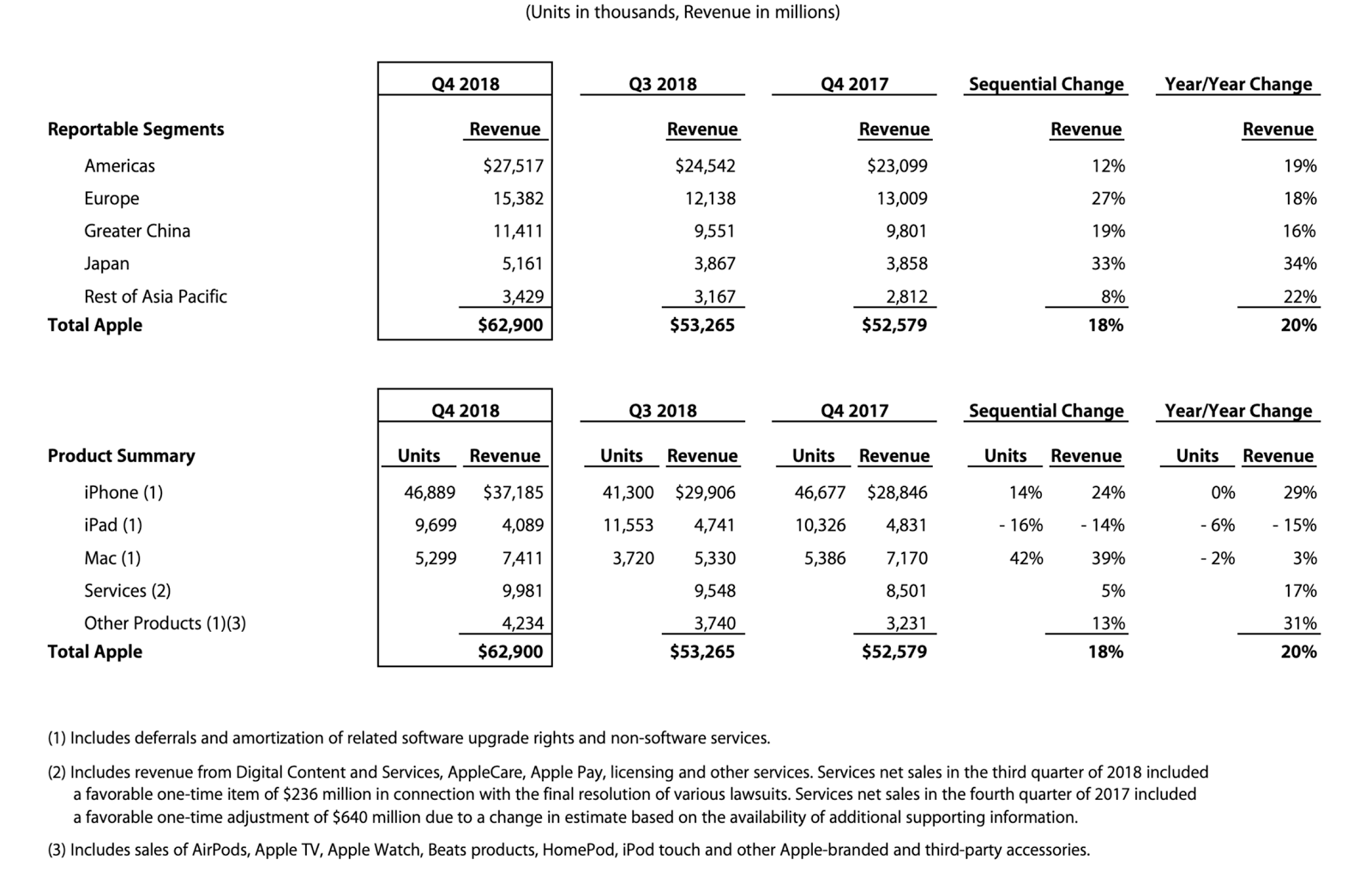 Apple forecast that sales in the quarter ending December 29th will reach between 89 billion and 93 billion US dollars, which would represent a year-on-year increase of between 1% and 5%. "This range reflects a number of factors," said Luca Maestri, Apple’s CFO. "First, ... the launch timing of our new iPhones this year versus last year. Second, we expect almost 2 billion dollars of foreign exchange headwinds. Third, we have an unprecedented number of products ramping, and while our ramps are going fairly well, we have uncertainty around supply and demand balance. And fourth, we also face some macroeconomic uncertainty, particularly in emerging markets."

Apple reported a 20% year-on-year increase in revenues for the quarter ending September 29th to 62.9 billion dollars, driven primarily by a 29% rise in iPhone revenues. However, iPhone unit shipments were flat year-on-year. Even so, Tim Cook, Apple's CEO, told analysts that Apple's installed base is growing at "double digit", driving growing demand for services, such as Apple Pay, Apple Music and the App Store.

Services revenue rose 27% on a like-for-like basis to almost 10 billion dollars in the quarter ending September 29th. “We concluded a record year with our best September quarter ever, growing double digits in every geographic segment," said Maestri.  "We set September quarter revenue records for iPhone and Wearables and all-time quarterly records for Services and Mac.” Source: Apple statement
No comments: