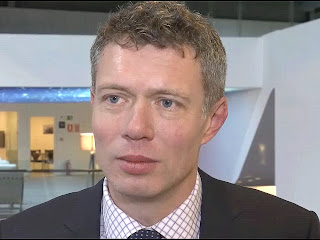 Giving interviews to the media is a fine art. Say too much and you could get fired. Say too little and the journalist won't write. The subject needs to be on their guard, while engaging the journalist in a genuine conversation rather than making a contrived speech. In the media spotlight, walking the line between being dull and being indiscreet is a skill that needs to be honed over and over again.

Today, more and more journalists and bloggers are armed with camcorders or tape recorders, meaning they capture every word you say and much of your body language. And not all interviews are pre-booked affairs. At a trade show or conference, just about anyone with a Web site can approach you ad-hoc for comment. You need to be well prepared.

As tough as it gets
But giving live broadcast interviews is still as tough as it gets - slots are tight and you have little time to get your messages across. Moreover, it is easy to slip-up with television cameras pointing at your face.

I provide bespoke media training designed to meet the individual needs of trainees. I emphasize giving the trainee valuable practical experience and thorough and frank feedback based on my deep knowledge of how journalists work. As well as having being involved in literally thousands of media briefings either as a journalist or a spokesman, I have given dozens of broadcast interviews, many of them on controversial topics, such as mobile roaming charges.