Amazon expects net sales to be between 39.25 billion and 41.75 billion dollars in the third quarter, which would equate to growth of between 20% and 28% compared with third quarter 2016. This guidance anticipates an unfavourable impact of approximately 125 million dollars or 40 basis points from foreign exchange rates. Source: Amazon statement
No comments:

Verizon reported a 2% year-on-year fall in revenues for the second quarter, after excluding the impact of divestments and acquisitions, to 30.5 billion US dollars. Wireless service revenue was down 6.7% year-on-year, while wireline revenue was down 2.8%, after excluding the impact of the acquisition of XO Communications. Verizon said its organic telematics and Internet of Things revenue rose 20% year-on-year, while telematics revenue alone totalled 220 million dollars.

Matt Ellis, CFO of Verizon, said the decline in wireless service revenue "was primarily due to the lost overage revenue, driven by plans introduced during summer of 2016 and the introductory unlimited offer. .. At the end of the second quarter, about 59% of our accounts have tools that offer customers the ability to self-manage their usage experience.

"During the second quarter, we experienced an improvement in the rate of decline in line access revenue as we now have roughly 75% of the postpaid phone base on unsubsidized plans. We expect this trend will continue, which, combined with adding new accounts and migrating customers to higher access points, will mitigate the lost overage revenue. Therefore, we believe the service revenue trend has flattened. And we expect that there will be an improving trend in the second half and we should exit the fourth quarter inside a decline of 4.0%." Source: transcript of Verizon earnings call.
No comments:

Google's parent company, Alphabet, reported a 23% year-on-year increase in revenues for the second quarter on a constant currency basis to 26 billion dollars. Although paid clicks on adverts brokered by Google increased 52%, the aggregate cost per click fell 23%.

Still, Ruth Porat, CFO, said: "Advertising revenues benefitted from the strong performance insights, which was led in particular by tremendous results in mobile search with a strong contribution from YouTube....Healthy growth and network revenues was driven by our programmatic business. We also had substantial growth in other revenues from Cloud, Play and hardware." source: Seeking Alpha transcript
No comments:

Vodafone Sees Some Stability in India 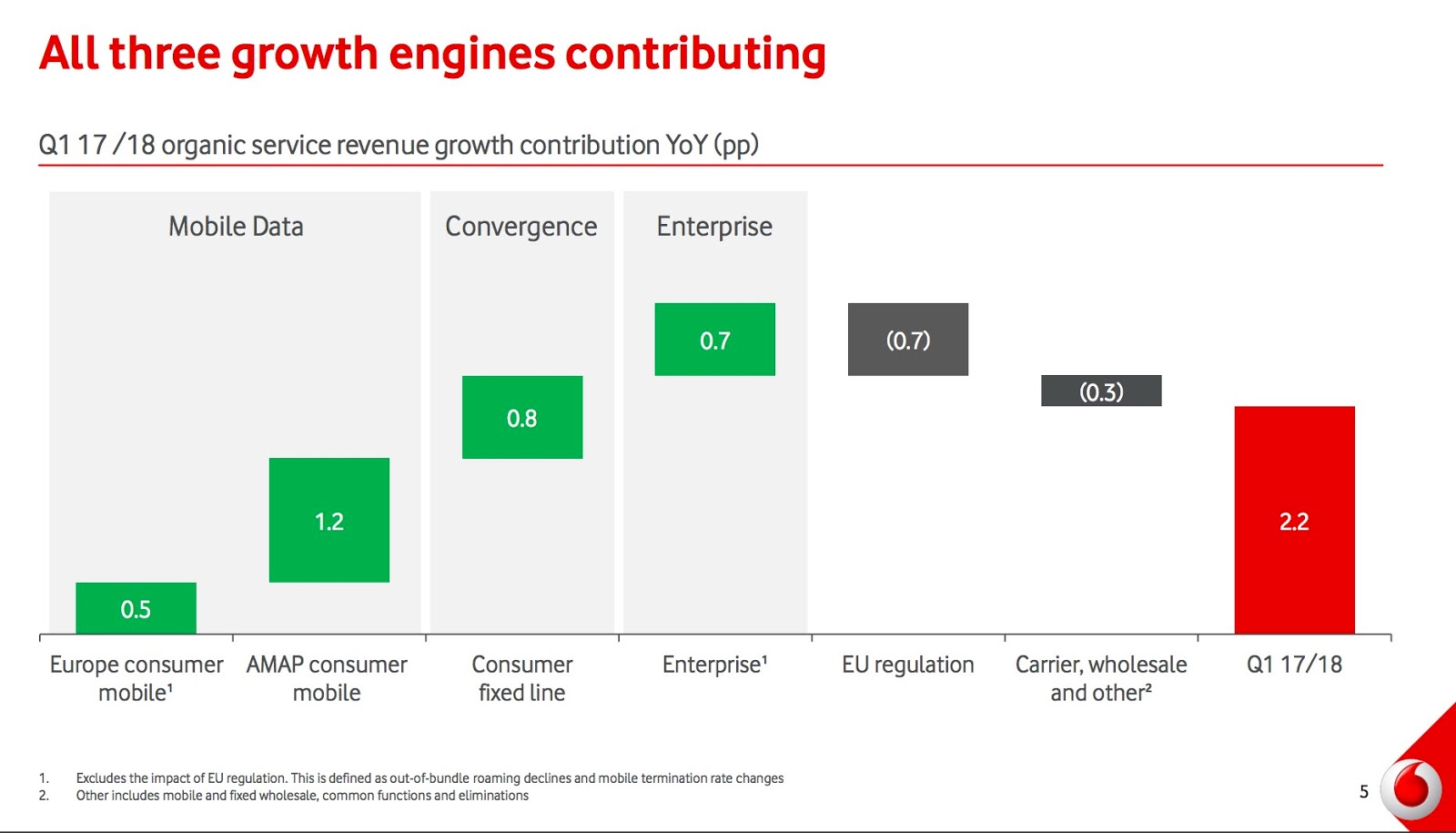 Vodafone reported a 2.2% year-on-year increase in service revenue on an organic basis for the quarter ending June 30. The rise was fuelled by a 7.9% increase in revenues from Africa, Middle East, Asia and Pacific, whereas Europe saw more muted growth of 0.8%.

Vittorio Colao, CEO, said: “Although competition in India remains intense, service revenues stabilised compared with the prior quarter. Our substantial investments in network leadership, an excellent customer experience and even greater ‘more-for-more’ propositions for customers are enabling us to monetise strong demand for mobile data. .. Our world-leading Internet of Things platform contributed to another quarter of solid growth in enterprise.” source: Vodafone statement 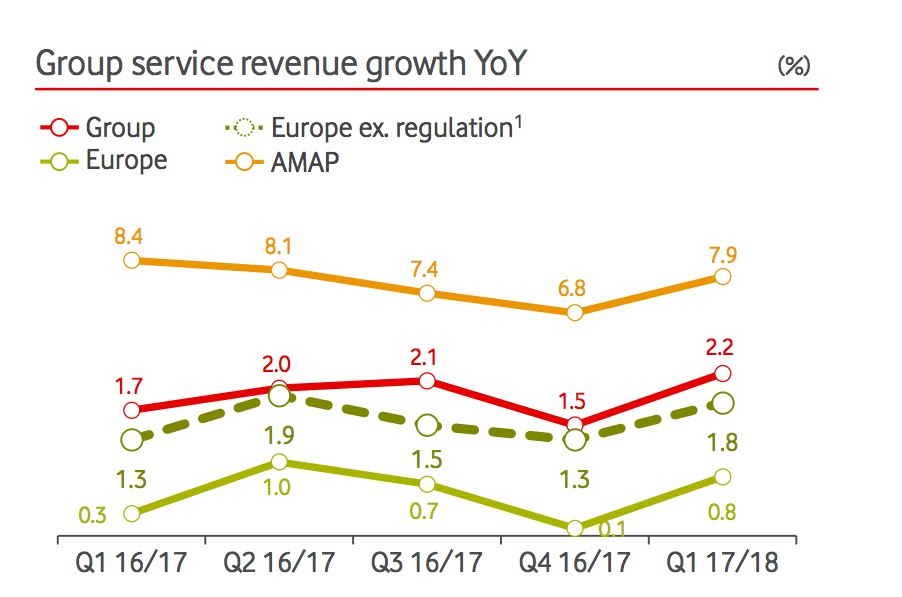 Netflix added: "YouTube is earning over a billion hours a day of consumers’ time with one type of entertainment, while we are earning over a billion hours a week with our type of entertainment. ..  we’ve grown from zero to over 50 million streaming households in the US over the last 10 years, and yet HBO continues to increase its US subscriptions...The largely exclusive nature of each service’s content means that we are not direct substitutes for each other, but rather complements...The internet may not have been great for the music business due to piracy, but, wow, it is incredible for growing the video entertainment business around the world." source: Netflix statement
No comments:

Ericsson Struggles with Lack of Demand

Ericsson reported a year-on-year 13% decline in sales to 49.9 billion Swedish krona (6 billion US dollars) on a comparable basis for the second quarter.  Börje Ekholm,  CEO of Ericsson, said: "Our current view of the Radio Access Network (RAN) equipment market outlook is in line with external estimates of a high single-digit percentage decline for the full year 2017." source: Ericsson statement
No comments: