Tencent reported a 56% increase in revenues in 2017 to 237.8 billion Chinese yuan (36.4 billion US dollars), driven by a 65% rise in advertising revenues and a 52% rise in value added services revenues generated by its social networks, which include QQ and WeChat.

Tencent said that its Tencent Video service achieved rapid growth in traffic and paying users, driven by the popularity of its exclusive drama series, movies and self-commissioned content. "We became the leading video streaming platform in China with over 137 million mobile daily active users during the fourth quarter and 56 million subscriptions as of the end of 2017," it added. source: Tencent statement 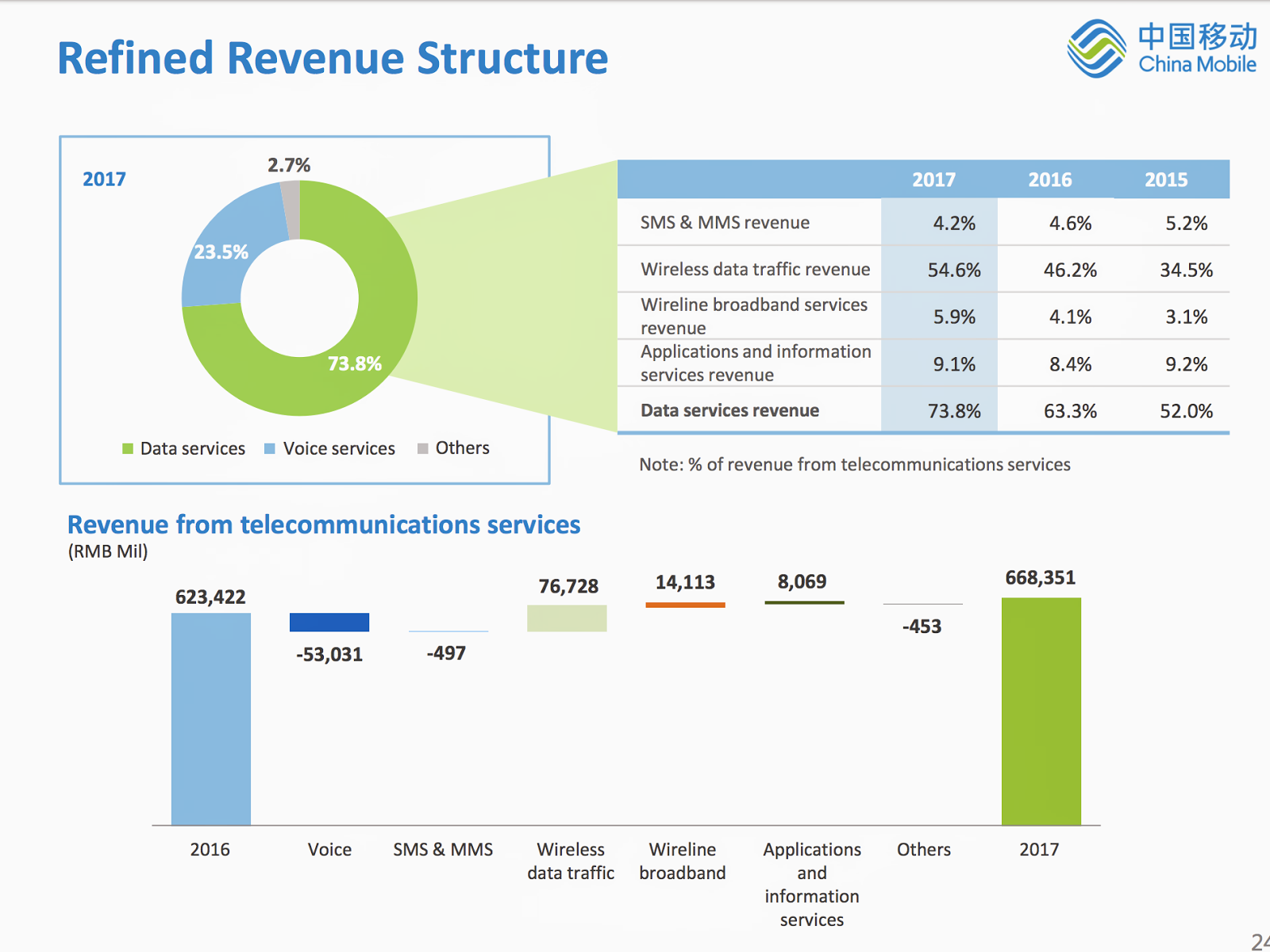 Boosted by its wireless data growth, China Mobile recorded operating revenue of 740.5 billion Chinese yuan (117 billion US dollars) for 2017, up 4.5% from 2016. It said revenue growth in telecommunications services achieved a six-year high of 7.2%, outpacing the industry average. Revenue from wireless data traffic, on a full-year basis, accounted for more than half of the total telecommunications services revenue for the first time.

In 2018, the operator is aiming to take its total number of connections above 1.4 billion, partly by adding another 120 million IoT connections. source: China Mobile statement
No comments: