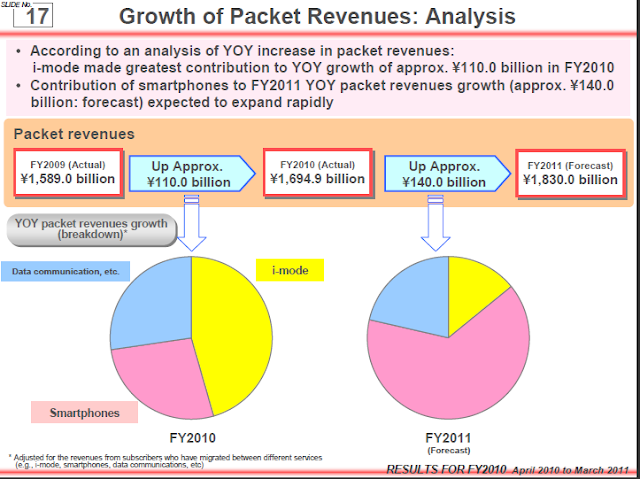 The Tokyo-based company forecast that rising usage of smartphones will lift its ARPU to 4,890 yen, increasing its total revenues marginally, in the year ending March 31, 2012, to 4.23 trillion yen, up from 4.224 trillion the previous year. As it restores facilities damaged by the Great East Japan Earthquake, DOCOMO forecast that it will spend 705 billion yen on capex in the year ending March 31, 2012, compared with 668.5 billion the previous year and 686.5 billion the year before that. source: DOCOMO statement