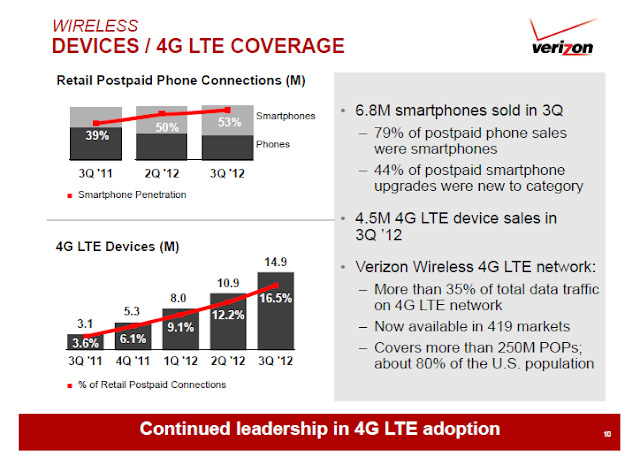 Verizon, one of the largest telcos in the U.S., said its consolidated revenue rose 3.9% year-on-year in the third quarter to 29 billion US dollars. Wireless revenue was up 7.3% year-on-year as wireless retail connections rose 5.7%.

Verizon said that it sold 4.5 million 4G LTE devices in the third quarter (compared with 3.2 million in the second quarter) and that more than 35% of its total data traffic is now on its 4G LTE network. In Verizon's landline business, consumer revenue growth accelerated to 4.6% thanks to growing adoption of its fibre-based services. But enterprise revenues fell 3.6%. The telco also noted that its capital expenditure was down 9.8% year-on-year in the first nine months of 2012. source: Verizon presentation