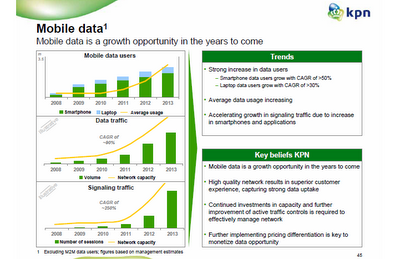 With its traditional telephony business in Holland under continued pressure from competition and regulation, KPN said that its group revenues fell 1.7% year-on-year in the second quarter to 3.35 billion euros. Boosted by growth in Germany, revenues in KPN's mobile businesses outside Holland rose 1.4% year-on-year.