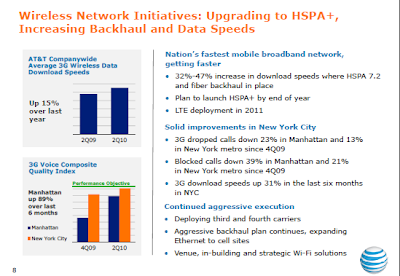 Lifted by 10% growth in wireless service revenue, AT&T said that its revenues grew 0.6% year-on-year in the second quarter to 30.8 billion US dollars. The U.S. operator added 1.6 million wireless customers in the quarter, taking the total to more than 90 million.

AT&T said it activated 3.2 million iPhones in the quarter, the most quarterly iPhone activations ever. It added that approximately 27% of those activations were for customers who were new to AT&T.