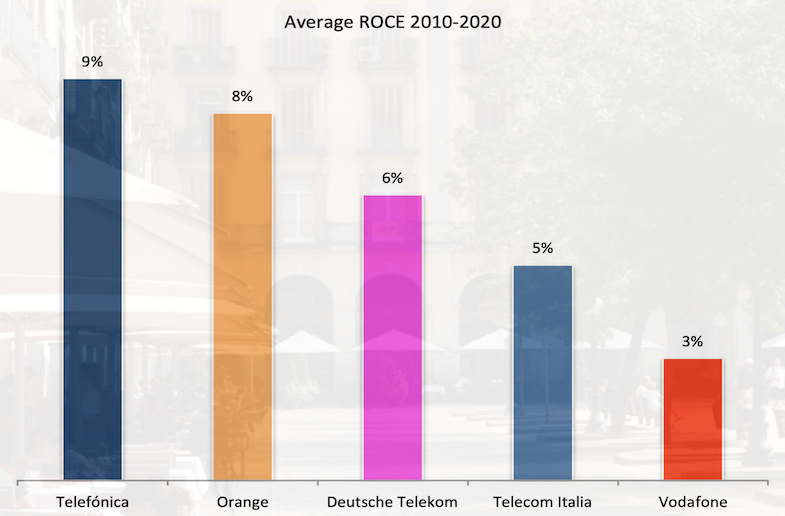 Over the past decade, Europe's largest telcos have struggled to cover their cost of capital. Their aggregate return on capital employed (ROCE) since 2010 is just 6% before tax, according to estimates in a new report by Pringle Media.

Still, the aggregate ROCE of Europe's big five telcos - Deutsche Telekom, Orange, Vodafone, Telefónica and Telecom Italia - appears to have risen slightly in 2020, despite the pandemic. That is due to an improving financial performance by Vodafone, which has historically made a weak return on the vast amounts of capital it spent on acquisitions. However, Vodafone has yet to report its profitability for the final quarter of 2020, so these numbers may change.

For more, please see the iPad version of the new report here or the Kindle version here. 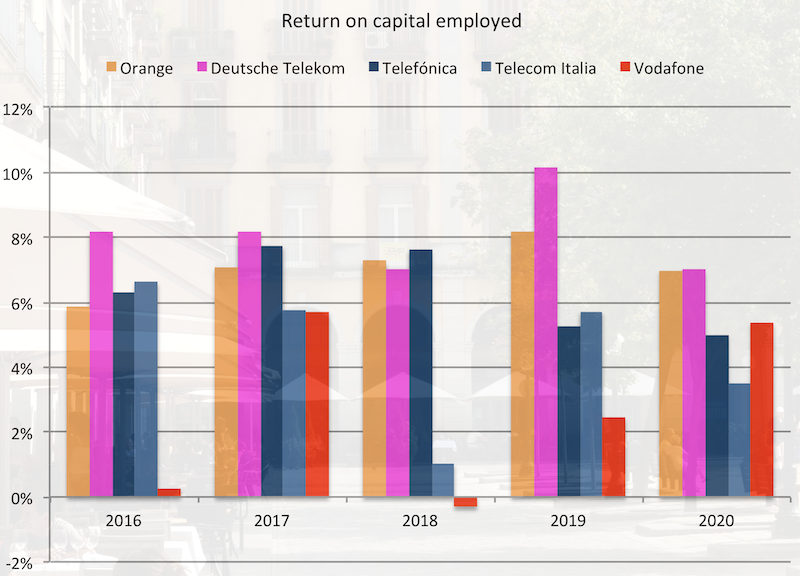