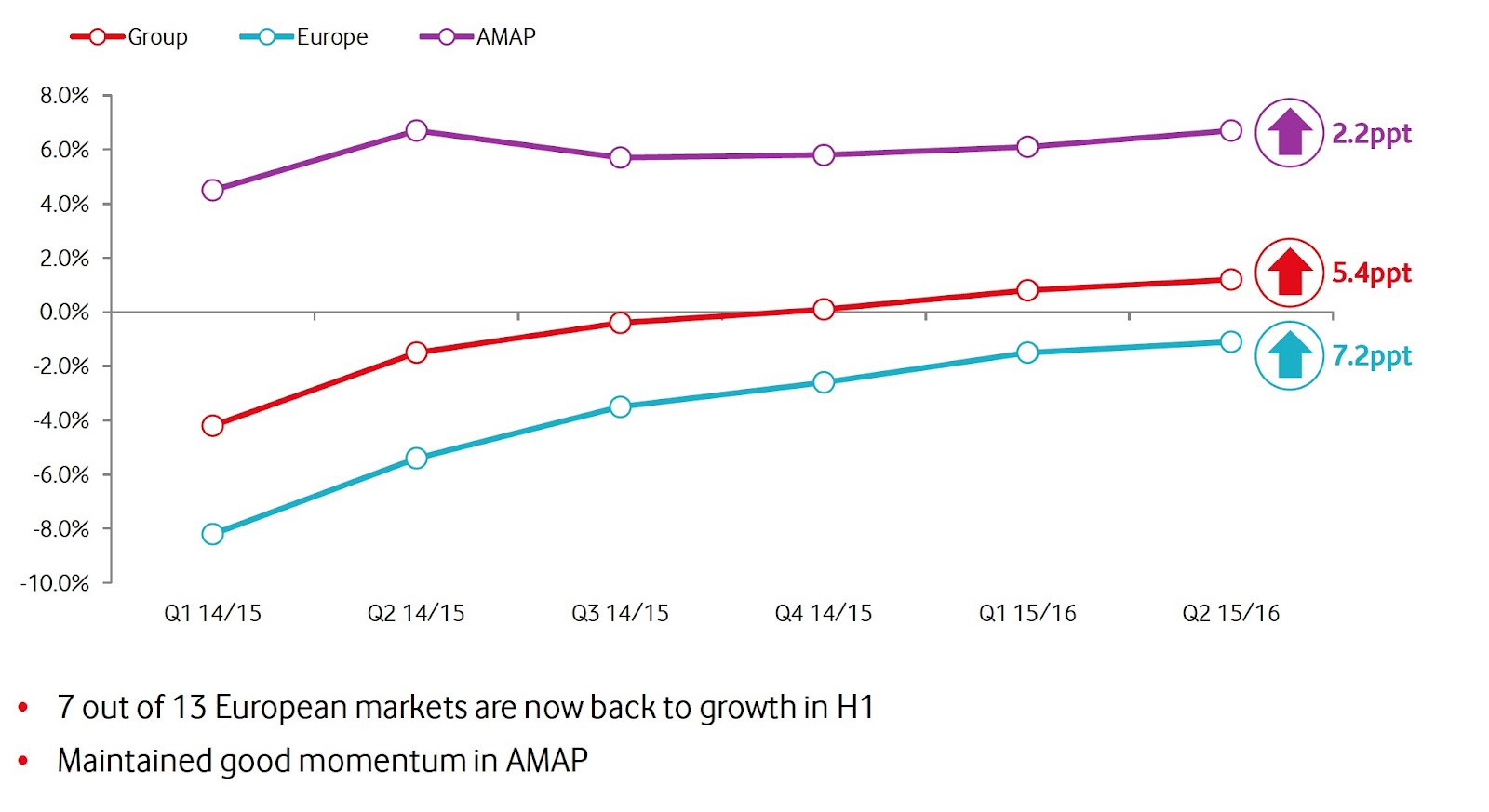 Vodafone Group reported a 2.3% organic year-on-year increase in revenue in the quarter ending September 30th with service revenue up 1.2%. The UK-based group also signalled that it will cut back capital spending in the fiscal year beginning April 2016 after its Project Spring investment programme is completed.

Vodafone CEO Vittorio Colao said: "Service revenue in Europe declined 1.3% in H1, reflecting continued competitive pressures in a number of markets. However, revenue trends continue to improve, with Q2 service revenue down 1.0%* (Q1: -1.5%), the fifth consecutive quarter of easing rates of decline... and Southern Europe in particular showed a strong rate of recovery"

Vodafone said the overall performance of the group in the first half of the current financial year has been in line with its expectations, and it expects revenue and profitability trends to improve in the second half. source: Vodafone presentation 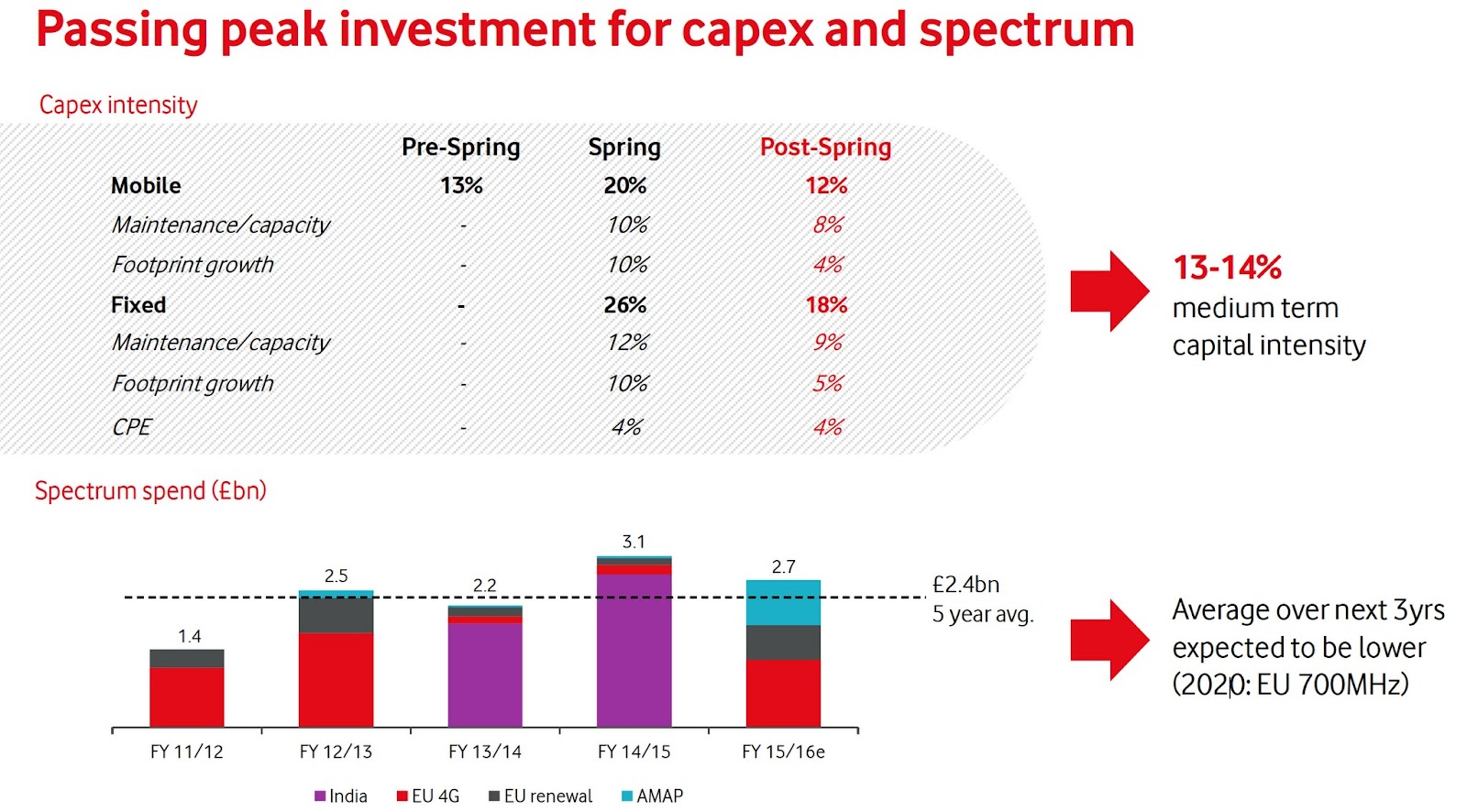