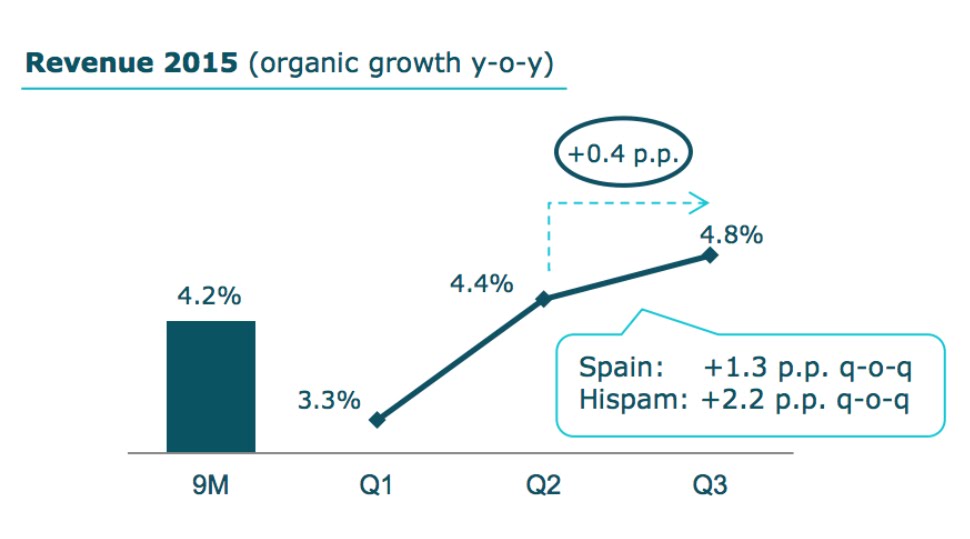 Telefónica reported a 4.8% organic year-on-year rise in revenues to 11.92 billion euros for the third quarter of 2015. It attributed the performance to recovery in Spain, strong growth in Hispanic America, rising data revenues and higher sales of digital services. For example, Telefónica said that "video revenue", driven by strong demand for pay TV, climbed almost 26% year-on-year to 652 million euros in the quarter.

César Alierta, Executive Chairman, said: “This acceleration in commercial activity was underpinned by the intense network modernisation effort implemented in recent years. Thus, Telefónica España continued to accelerate the FTTH rollout, with 13.4 million premises passed up to September. Meanwhile, Telefónica Brasil expanded its FTTx network to 16.6 million premises, and Telefónica Deutschland's LTE coverage reached 73% of the population. These are some examples of the network transformation, which is allowing us to increase our differentiation, strengthen our leadership in key markets and respond to increasing demand for data consumption. To this end, we have invested 7,101 million euros in the first nine months of the year." source: Telefónica presentation 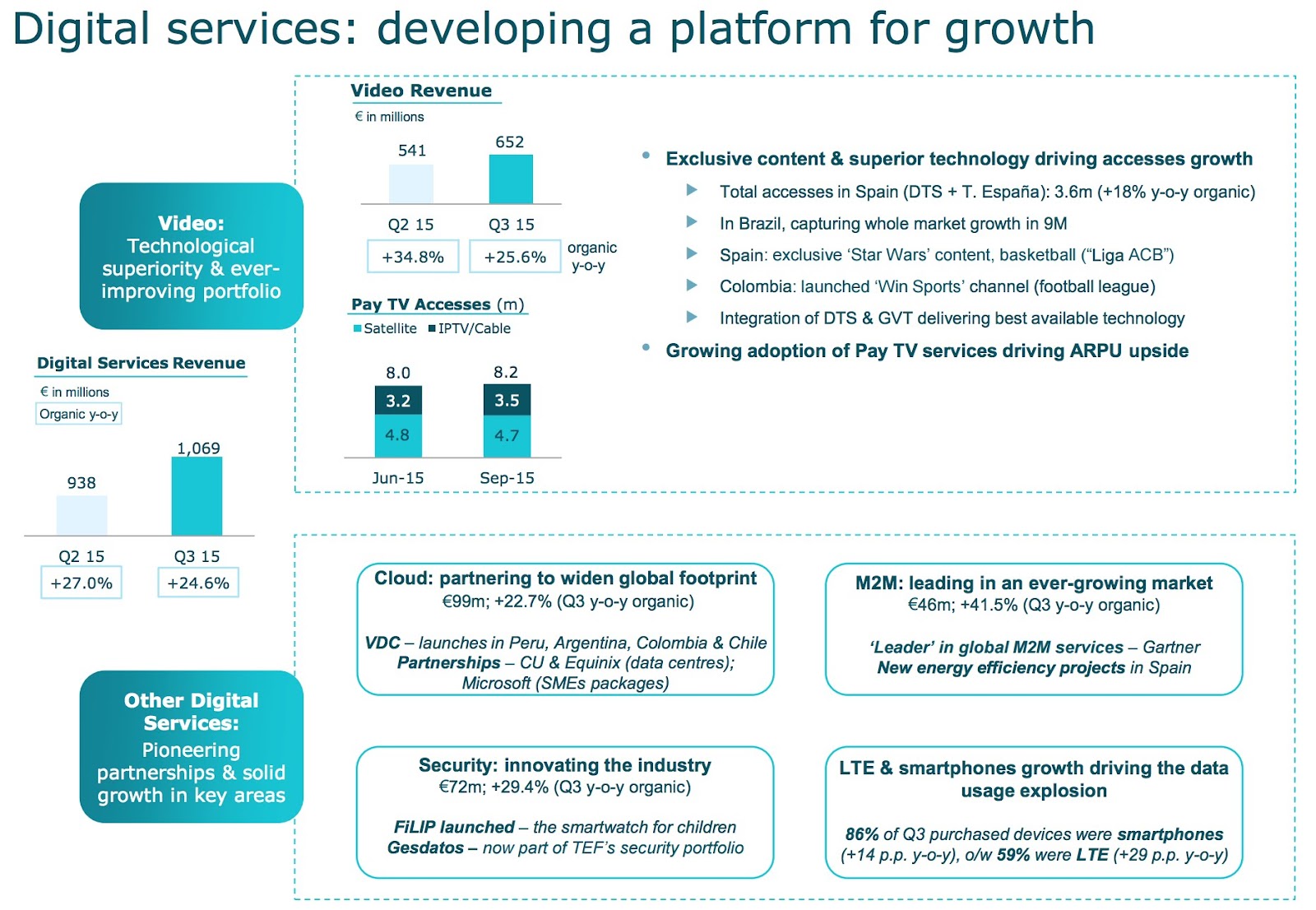