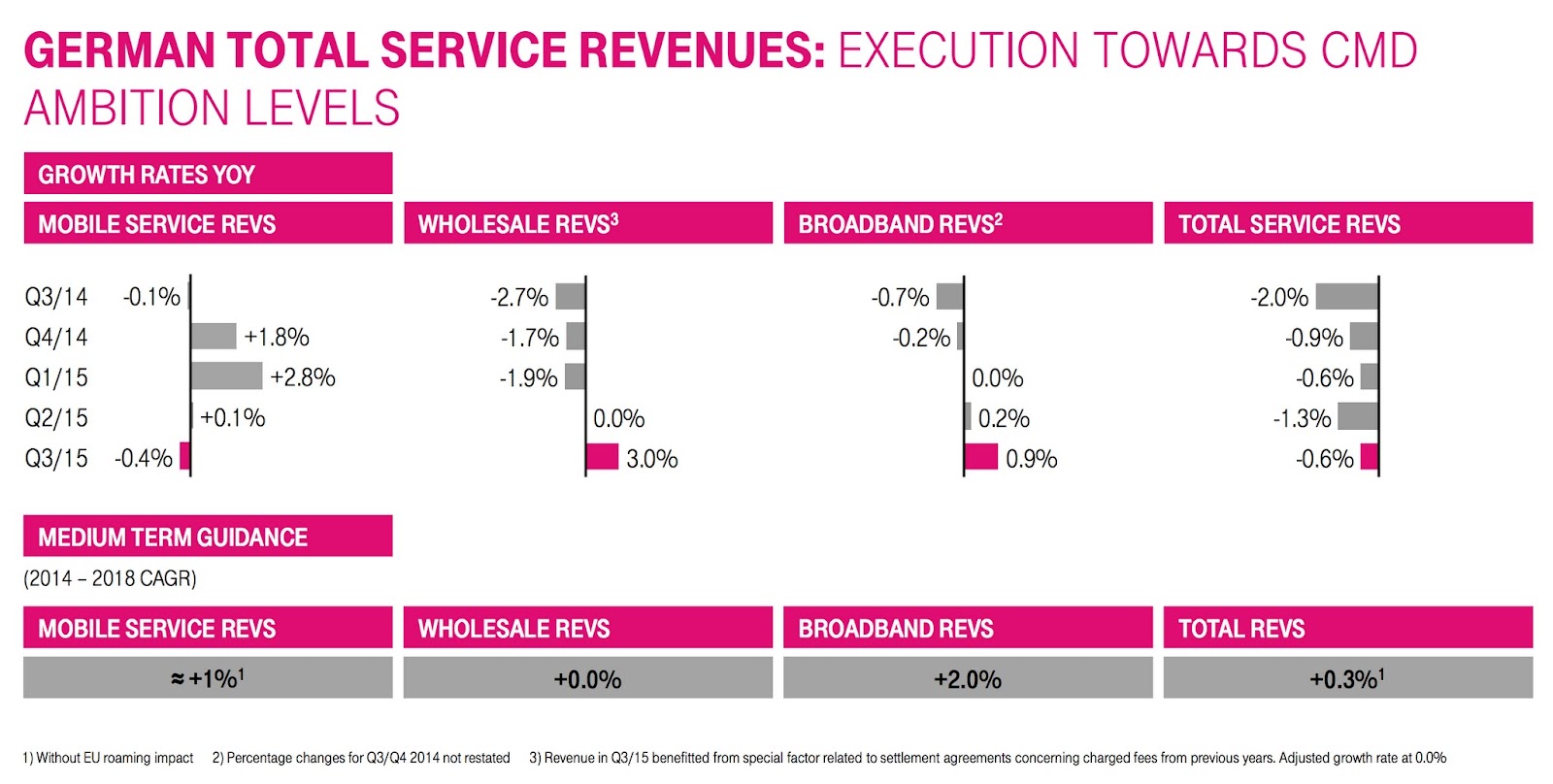 Deutsche Telekom reported a 2.2% year-on-year rise in revenue on an organic basis to 17.1 billion euros in the third quarter. Total revenue in Germany increased by 0.1% year-on-year to 5.6 billion euros in quarter, while total revenue in the US increased by 6.7% to 7.8 billion U.S. dollars, fuelled by an influx of 2.3 million customers in the quarter to take the total number to 61.2 million.

The German group said: "T-Mobile US continues to engage very successfully in new initiatives of the Uncarrier strategy while at the same time rapidly building out the network. The company achieved its annual target of population coverage of 300 million people with LTE technology in the third quarter, months earlier than planned." source: Deutsche Telekom statement