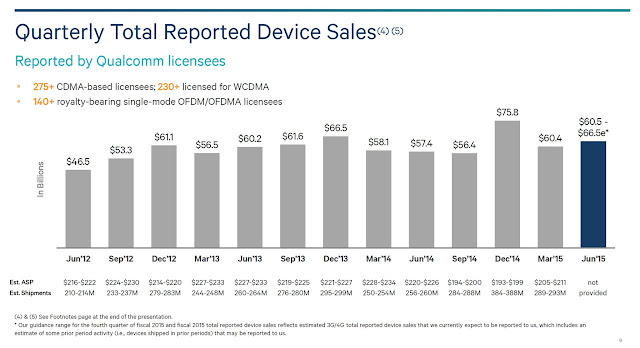 It warned that sales in the current quarter will be between 4.7 billion and 5.7 billion dollars, compared with 6.7 billion dollars in the same period in 2014. That would represent a year-on-year decline of up to 30%. source: Qualcomm presentation