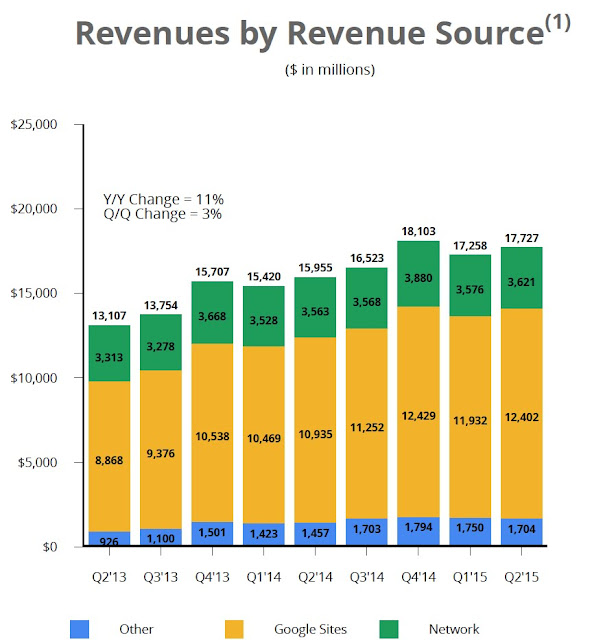 Google reported an 18% year-on-year increase in revenues for the second quarter (in constant currencies) to 17.73 billion US dollars, slightly better than the 17% achieved in the first quarter. The number of paid clicks on adverts brokered by Google rose 18% year-on-year, but the average cost of these clicks to Google's customers fell 11%.

"Our strong Q2 results reflect continued growth across the breadth of our products, most notably core search, where mobile stood out, as well as YouTube and programmatic advertising”, said Ruth Porat, CFO of Google.  Google's "other revenues", generated primarily from sales through its Play app store, rose 17% year-on-year on a reported basis, despite adverse currency movements. source: Google statement