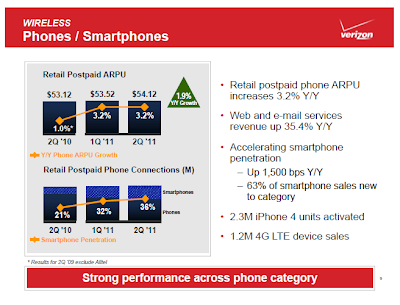 In the second quarter, Verizon  introduced three new LTE devices: the Droid Charge by Samsung, Revolution by LG and the MiFi 4510L Mobile Hotspot by Novatel Wireless, while the LTE-enabled Samsung Galaxy Tab 10.1 is set to launch by the end of July. Verizon said it sold 1.2 million LTE smartphones and Internet data devices during the second quarter. source: Verizon statement