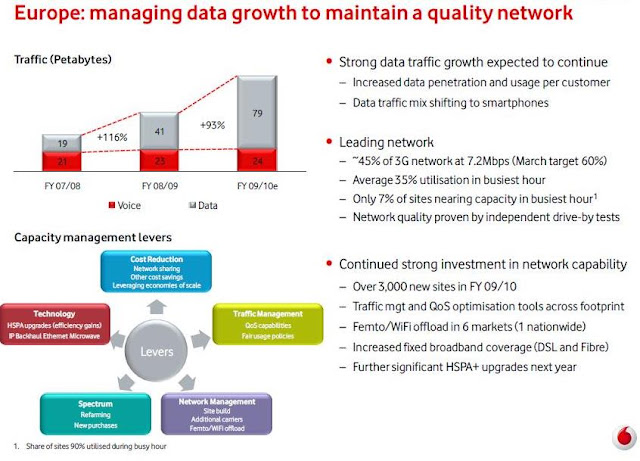 Vodafone said that the year-on-year, organic decline in its group service revenue slowed to 1.2% in the quarter ending December 31, 2009 from 3% in the previous quarter. Group revenues, which were 11.5 billion British pounds (18.14 US dollars) in the quarter, were shored up by a 18% year-on-year increase in mobile data revenues to more than 1 billion British pounds, thanks to an increase in usage of smartphones in Europe, compensating for declining voice revenues.