AT&T To Up Network Spending 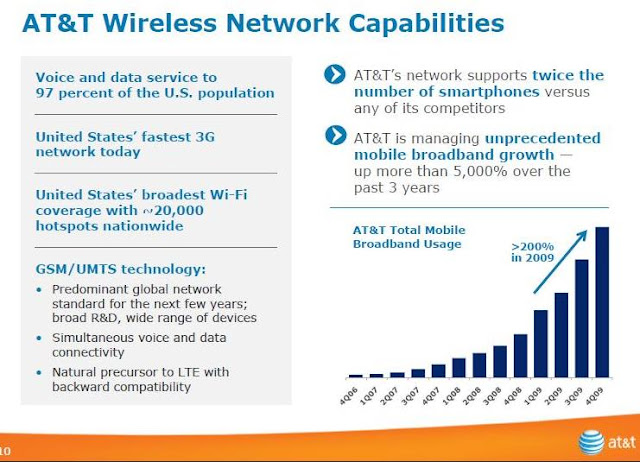 AT&T said that its revenues fell less than 1% year-on-year to 30.9 billion US dollars in the fourth quarter of 2009. In 2010, it expects its revenues to be stable "with opportunities for stronger results as the economy rebounds".  It also said it plans to increase capital spending by between 5% and 10% to between 18 billion to 19 billion dollars in 2010, driven by a substantial increase in wireless spending to further expand capacity and coverage. source: AT&T presentation