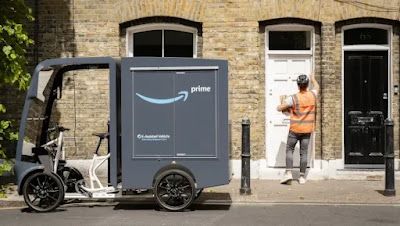 Amazon said its net sales increased 10% to 121 billion US dollars in the second quarter, excluding the negative impact of year-over-year changes in foreign exchange rates.

It expects net sales to grow between 13% and 17% in the current quarter, compared with third quarter 2021. This guidance anticipates an unfavourable impact of approximately 390 basis points from foreign exchange rates. 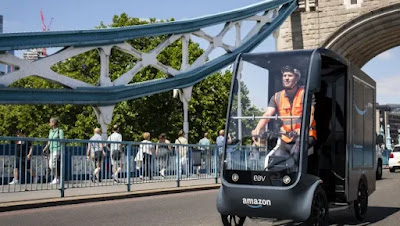 In central London, Amazon has launched its first "micromobility" hub, which will coordinate local deliveries by e-cargo bikes (see pics) and walkers.

Amazon also said it has filed legal action against the administrators of more than 10,000 Facebook groups that attempt to orchestrate fake reviews on Amazon in exchange for money or free products. "These groups are set up to recruit individuals willing to post incentivised and misleading reviews on Amazon’s stores in the U.S., the UK, Germany, France, Italy, Spain, and Japan," the company said. "Amazon will use information discovered from this legal action to identify bad actors and remove fake reviews commissioned by these fraudsters that haven’t already been detected by Amazon’s advanced technology, expert investigators, and continuous monitoring." Source: Amazon statement