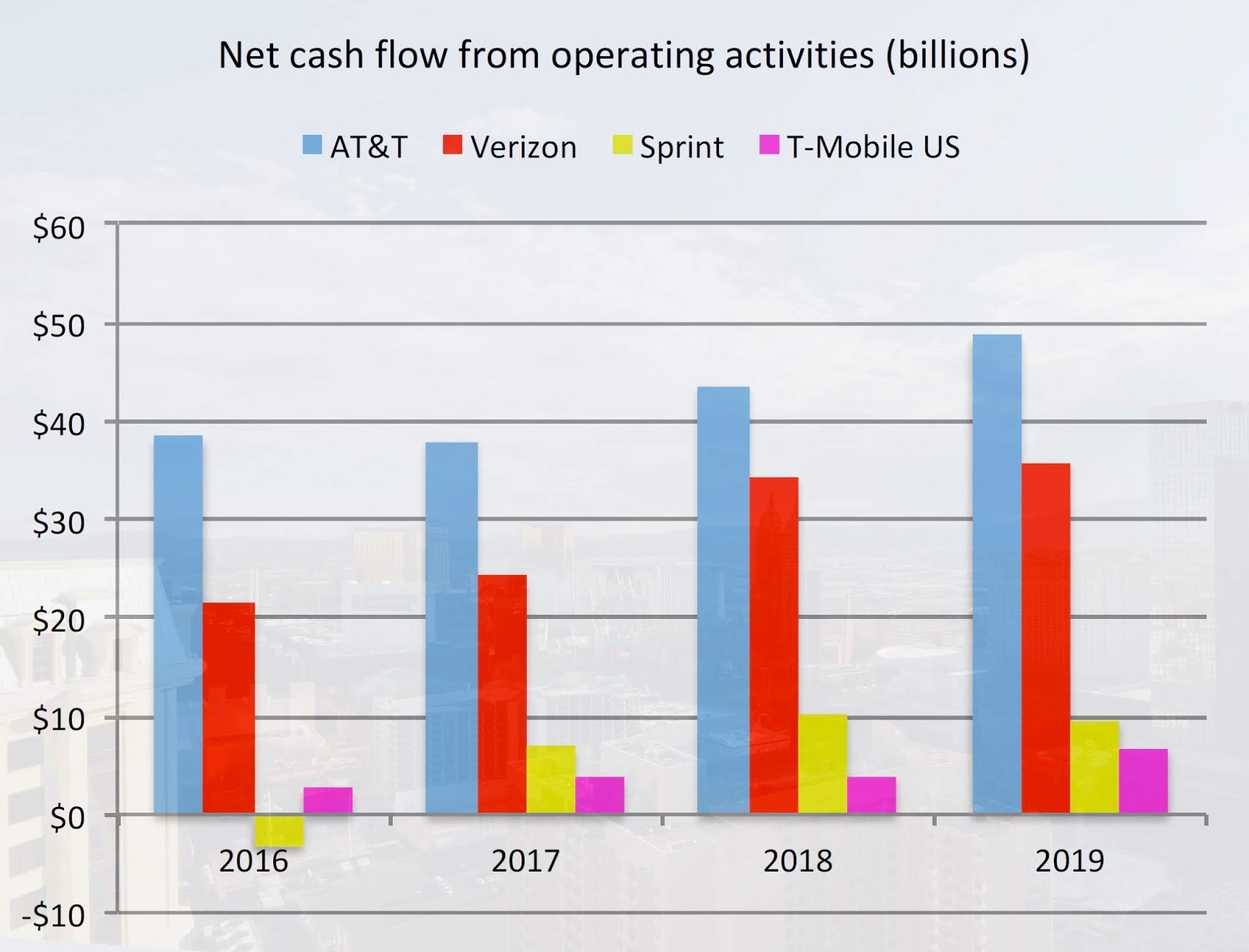 For the big four telcos in the U.S., net cash from operating activities has been on an upward march, thanks in part to tax reforms.  The operations of America’s top four telcos generated 101 billion dollars in 2019, up from 73 billion dollars in 2017 (after tax and interest payments). Although the COVID-19 crisis is hitting some revenue streams, such as roaming, these figures suggest the U.S. telecoms industry will weather the storm quite well.

Over the past four years, AT&T’s operations have generated by far the most cash of the four big telcos, consistently over 35 billion dollars each year, while Verizon has bounced back strongly on this metric after a weak 2016 and 2017.

Historically, T-Mobile US, which has just merged with Sprint, has struggled to generate large amounts of cash, primarily because it has used low prices to win market share gains. Still,  T-Mobile US generated almost 7 billion dollars from its operations in 2019, up from less than 4 billion dollars in 2018. In the first quarter of 2020, this metric was up 16% year-on-year to 1.6 billion dollars. 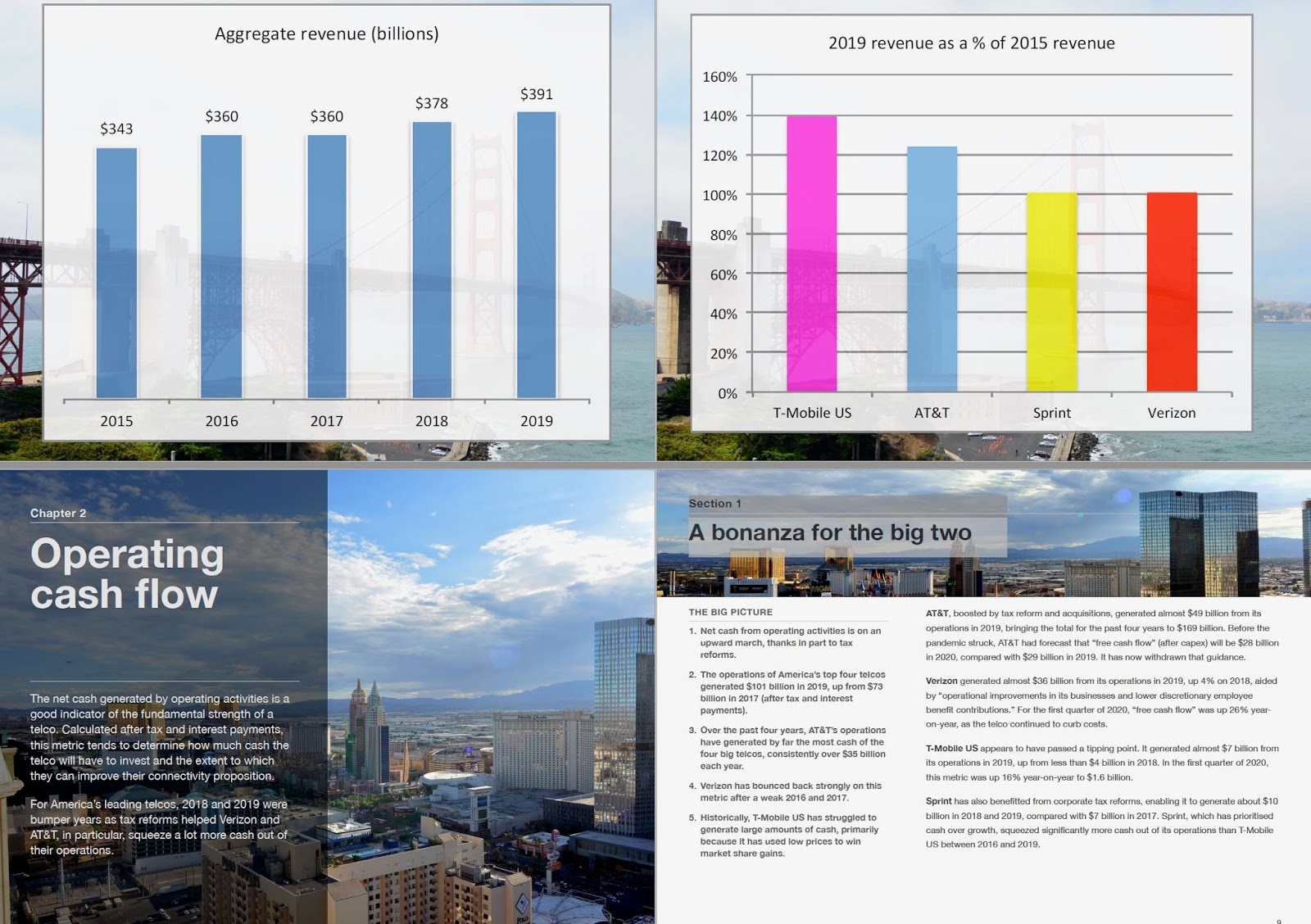 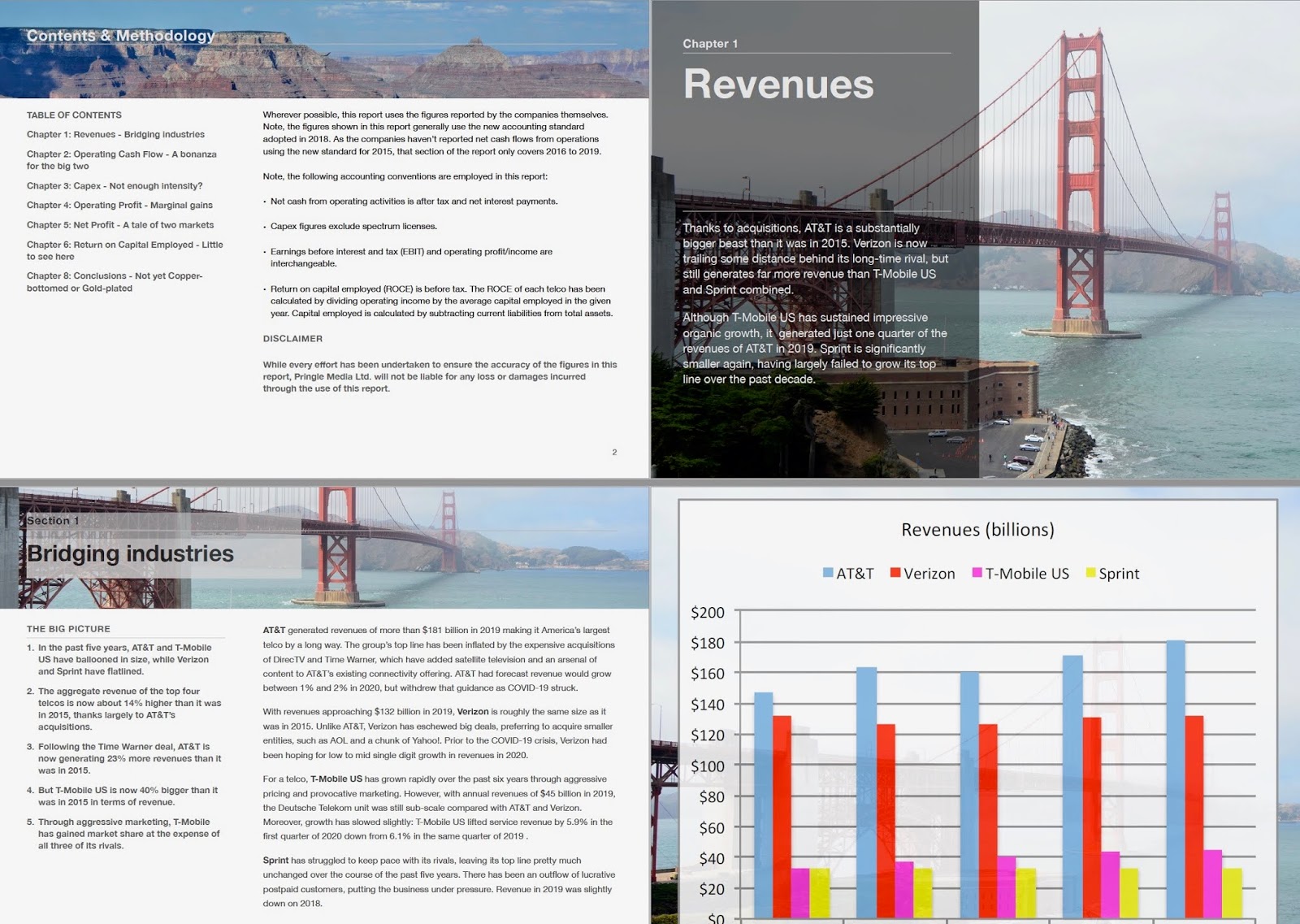