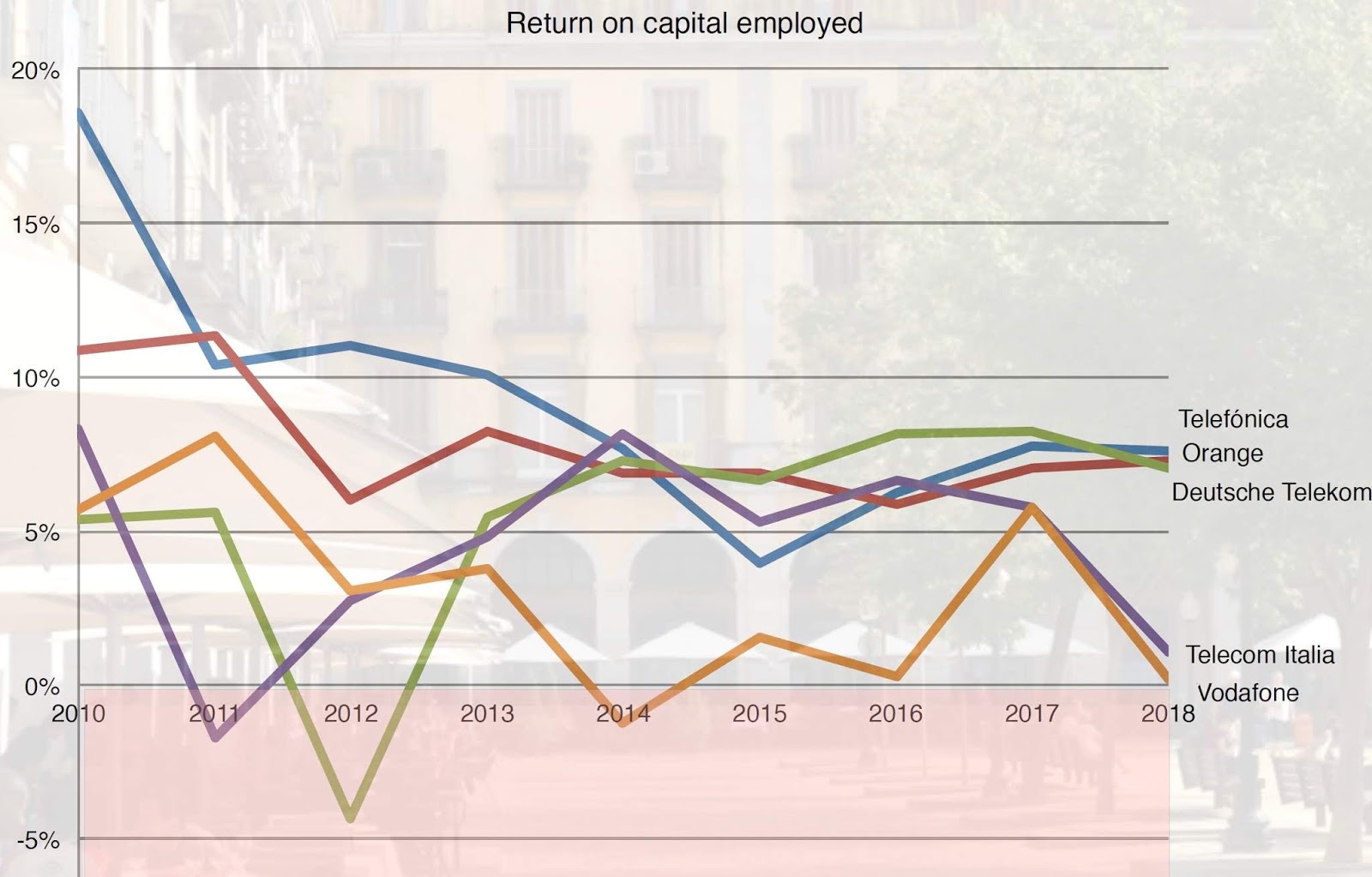 In 2018, Europe's big five telcos saw their return on capital employed (ROCE) under renewed pressure as profits were hit by write downs and intensifying competition. While Telefónica, Orange and Deutsche Telekom made a return of 7%-8% (before tax), the weighted cost of capital for European telcos is 8%-9% (according to consultancy PwC).

For Telecom Italia and Vodafone, ROCE nose-dived towards zero in 2018, as both companies wrote down the value of various assets.

The weak ROCE performance achieved by the big five makes it tough to justify the increases in capex required to fund a timely deployment of 5G and fibre across Europe. With cash flow under renewed pressure, telcos realistically need to keep capex below 15% of sales, which would mean a sedate deployment of 5G, focused on hotspots.

Pringle Media has just published a report tracking and comparing the key financial metrics of these five major telcos over the past nine years.

The Kindle version of the report is available here and the iPad version is here.