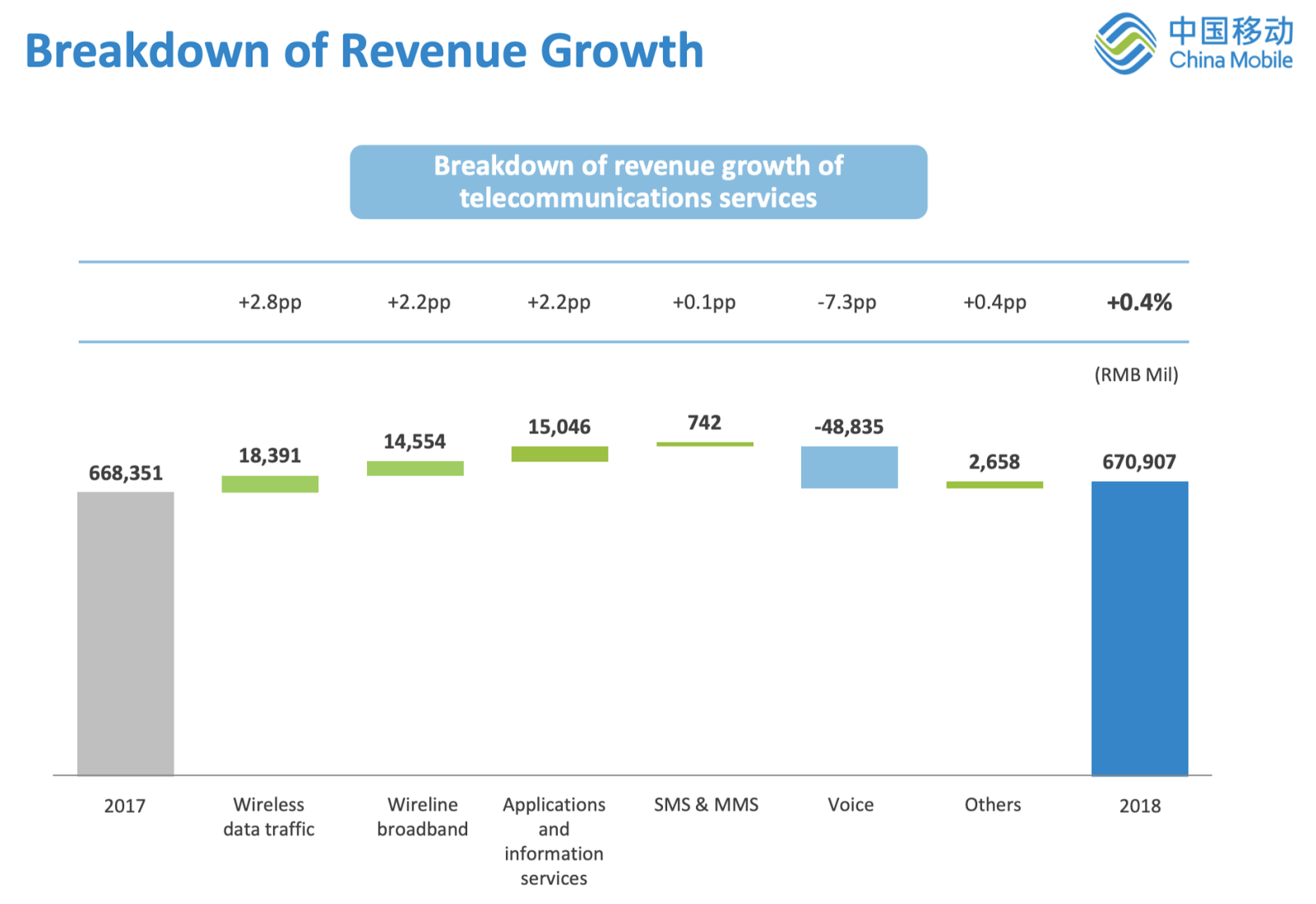 IoT revenue climbed 40% to 7.53 billion yuan (1.12 billion dollars), as China Mobile said it is now  serving 551 million "smart IoT" connections up from from 229 million at the end of 2017. That suggests an average annual revenue per IoT connection of about 3 dollars. China Mobile is aiming to add a further 300 million net IoT connections in 2019, as it seeks to become the first operator serving two billion connections in total. However, it is planning another cut in capex in 2019 (see chart below). Source: China Mobile presentation 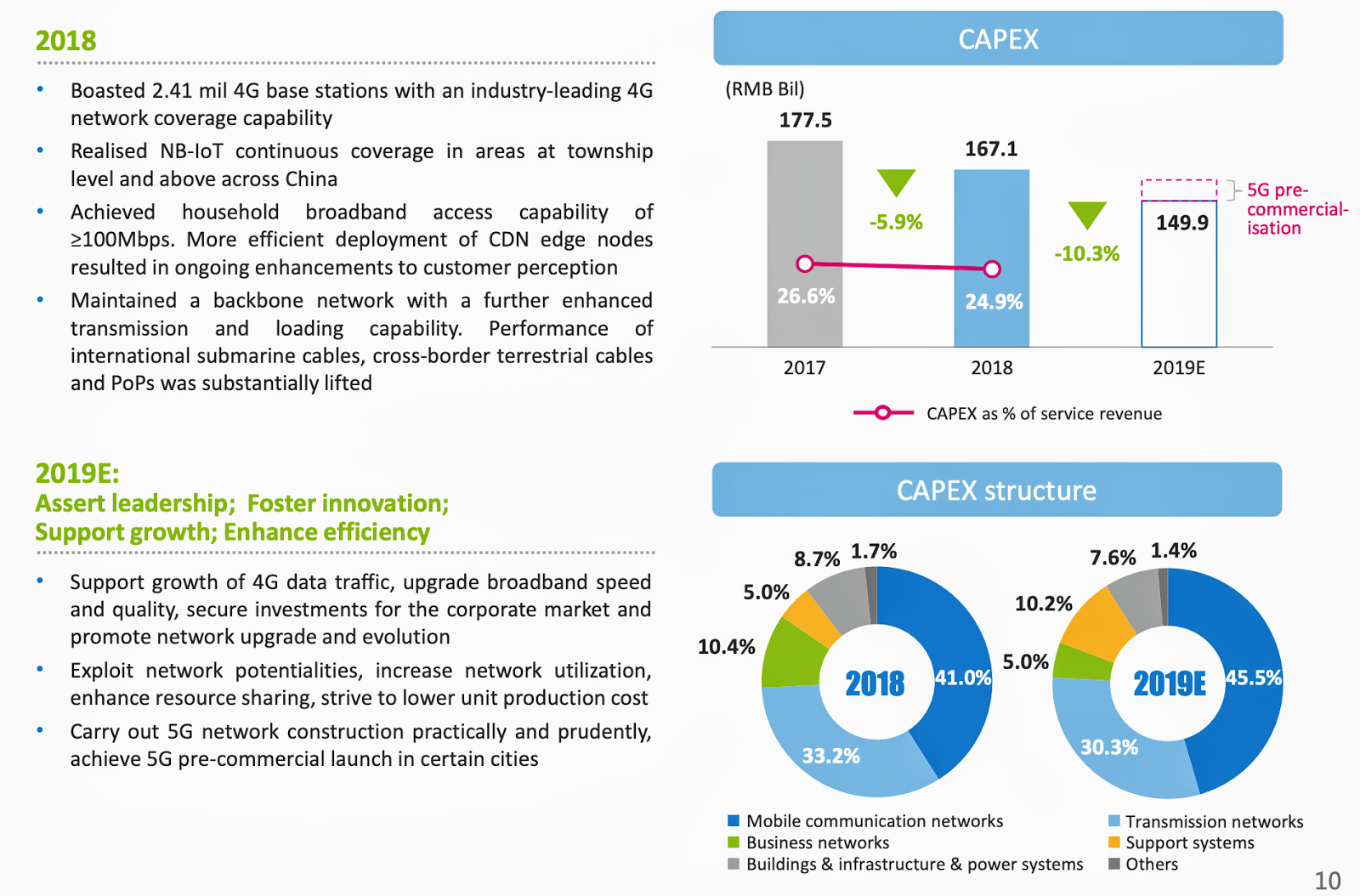