How Cash-strapped are Europe's Top Telcos? 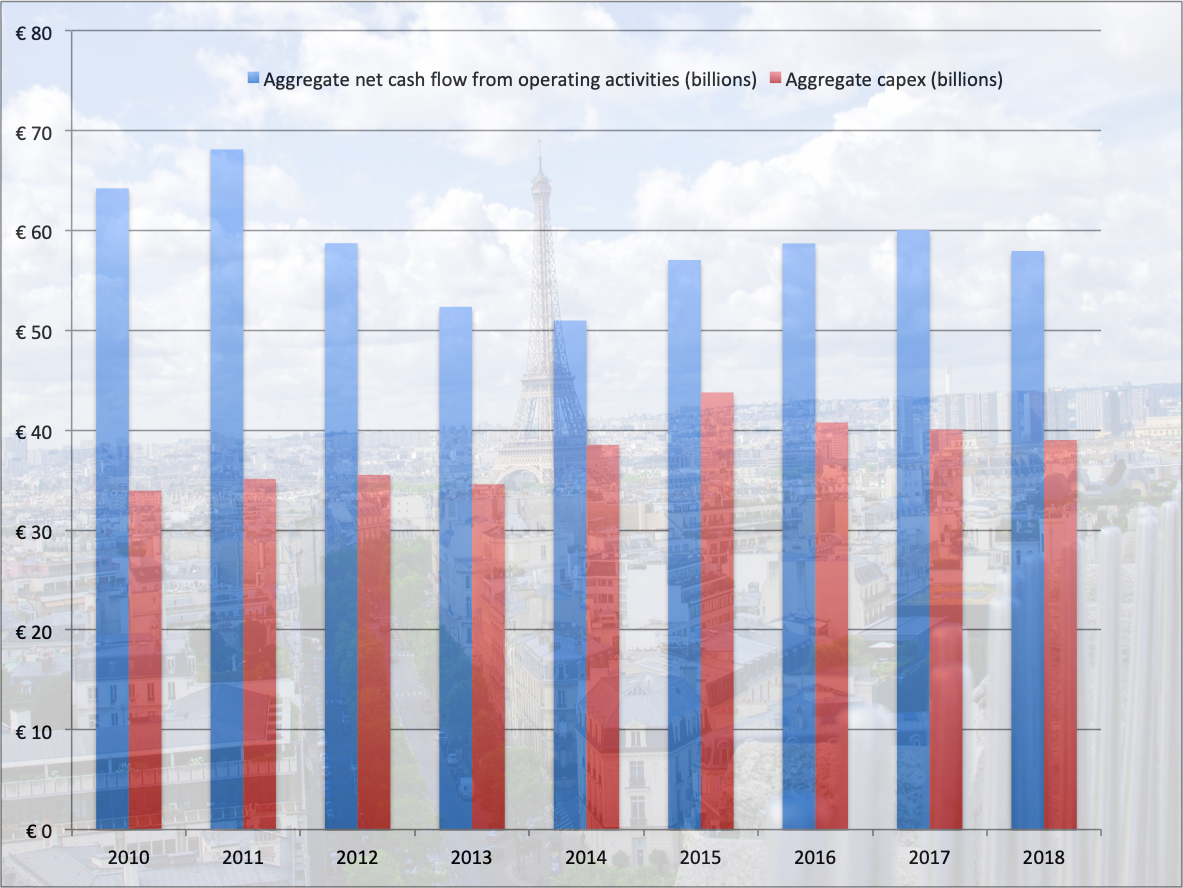 Cash flow will play a big part in determining how fast Europe's debt-laden telcos roll out 5G. The chart above aggregates the net cash flow generated by the operations of Deutsche Telekom, Vodafone, Telefónica, Orange and Telecom Italia, and their capital spending, over the course of this decade. Despite an upswing in recent years, it shows how their operations are still not generating as much cash as they were in 2010. The chart also flags how the big five telcos' capex has slid downwards since 2015.

Worryingly, the upward trend in cash flow came to an abrupt halt in 2018 as competition and economic uncertainty kept a lid on pricing power. Only Deutsche Telekom, boosted by revenue growth in the U.S. and cost cutting, generated significantly more net cash from its operating activities in 2017 and 2018 than in previous years. Since 2010, the Bonn-based group has seen cash generation rise by 22%.

At the other end of the spectrum, Orange has seen a 24% decline in the cash generated by its operations since 2010. The Paris-based telco has had to cut prices in response to aggressive tactics by new entrants in its home market. In 2018, this metric declined again as Orange made large payments to French employees impacted by restructuring, but the group has forecast growth in operating cash flow for 2019.


Pringle Media has just published a report tracking and comparing the key financial metrics of these five major telcos over the past nine years.

The Kindle version of the report is available here and the iPad version is here.