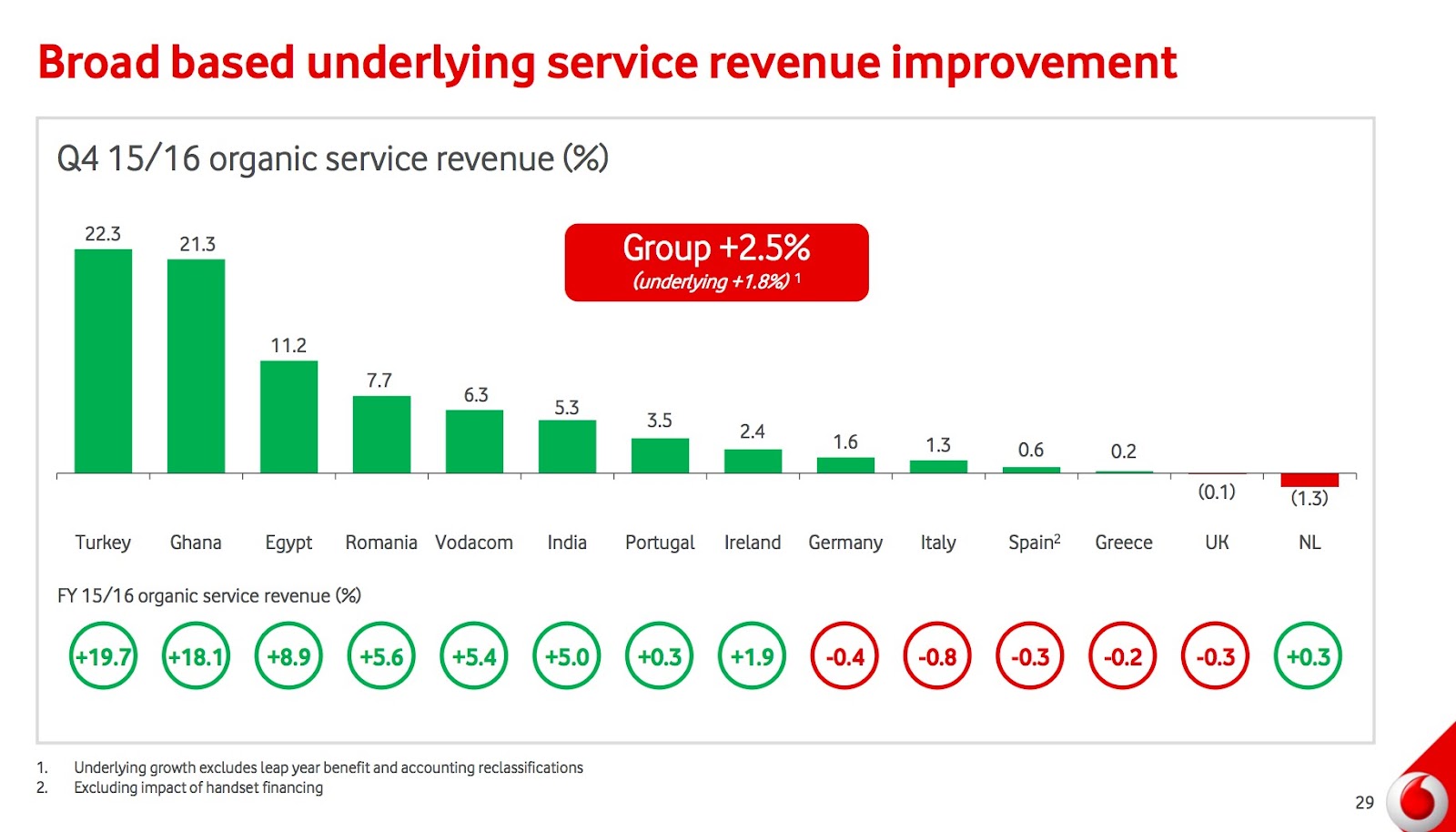 Vodafone reported a 1.8% year-on-year underlying increase in service revenues for the quarter ending March 31, compared with 1.5% for the full year to March 31. The growth was driven primarily by a strong performance in Africa, India and Eastern Europe. Total revenue for the financial year was 41 billion pounds (59.3 billion US dollars).

Vittorio Colao, group CEO, commented: "This has been a year of strong execution for the group, returning to organic growth in both revenue and EBITDA for the first time since 2008. We achieved the first quarter of positive revenue growth in Europe since December 2010, while growth in AMAP accelerated with strong performance in South Africa, Turkey and Egypt."

Vodafone reported that its 4G networks now cover 87% of the population in its European markets, having invested 47 billion pounds over the past three years in capital equipment, spectrum and acquisitions. source: Vodafone statement 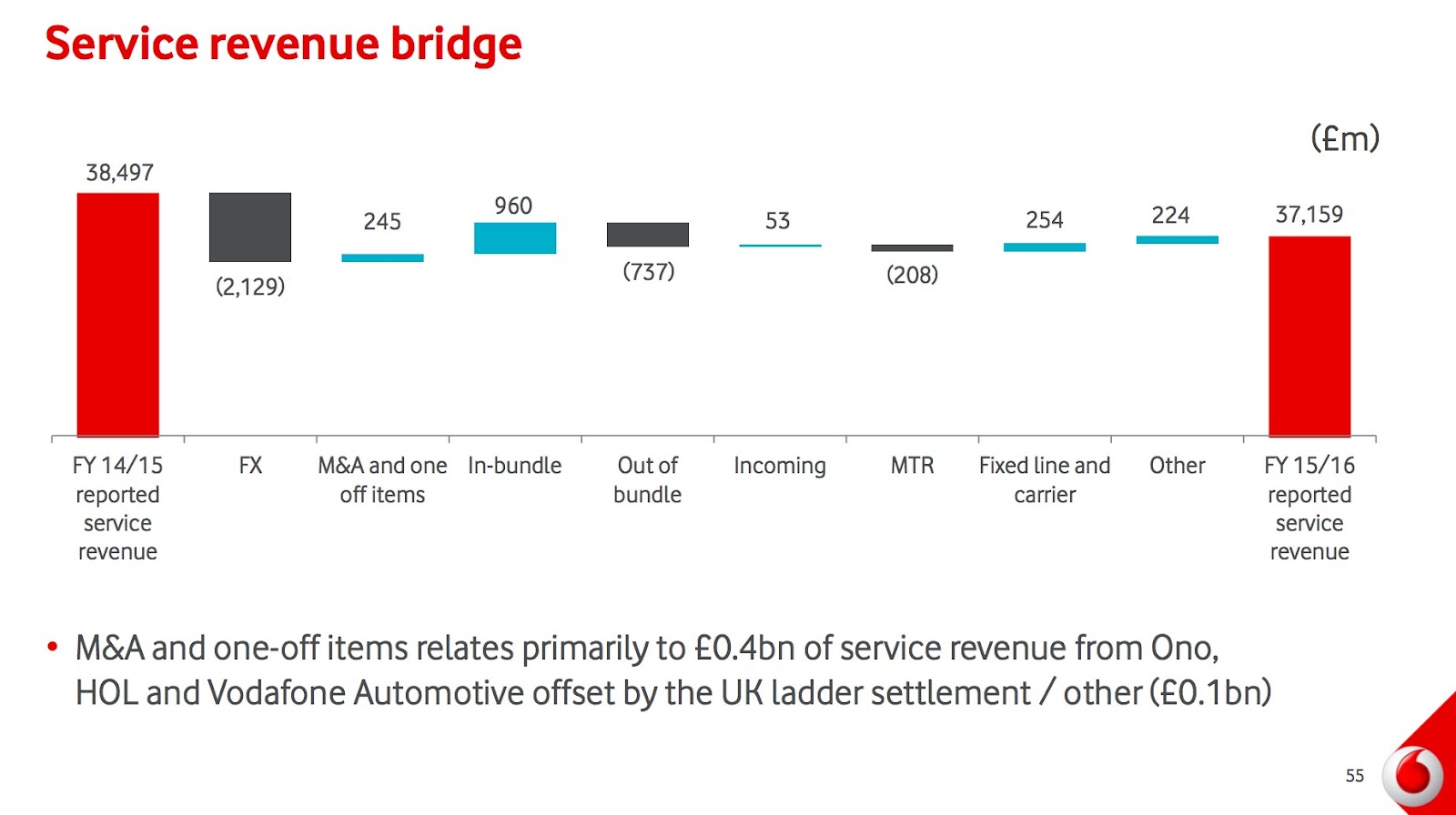