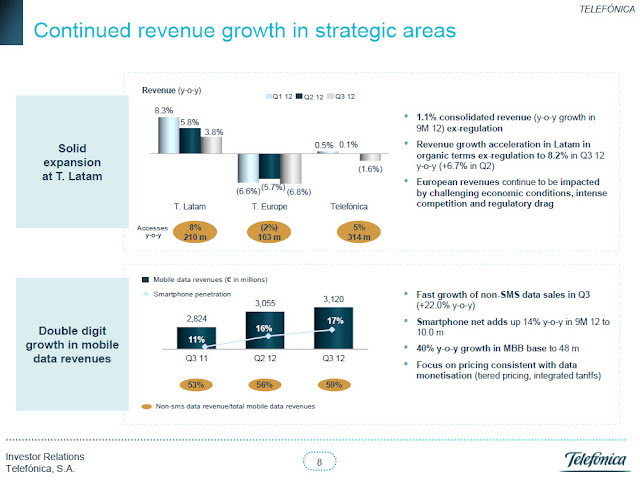 The Madrid-based telco said: "Revenues in the first nine months of 2012 totalled 46.52 billion euros, virtually unchanged year-on-year (-0.3%; -1.6 % in the third quarter). This performance reflects the company’s high diversification, a key differentiating factor in the current environment characterised by adverse economic conditions, more intense competition and negative effects of regulation in some countries. Excluding the negative effect of regulation, revenues rose by 1.1% year-on-year versus the first nine months of 2011." source: Telefonica statement