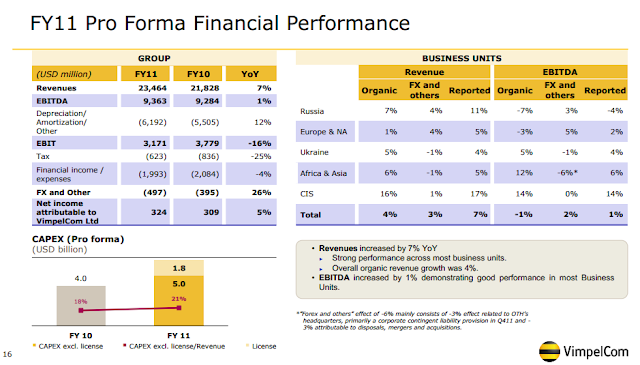 Multinational mobile operator VimpelCom said that its revenues grew 5% year-on-year on an organic basis to 5.9 billion US dollars in the fourth quarter of 2011. The group was boosted by a 13% increase in mobile subscribers to 205 million.