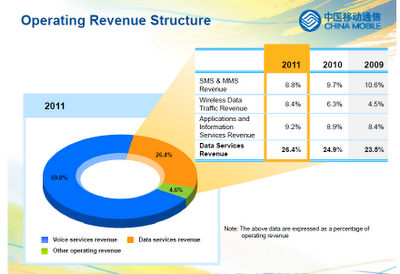 Planning to accelerate the deployment of TD-LTE, China Mobile forecast that its capex will rise slightly to 131.9 billion yuan in 2012, up from 128.5 billion in 2011. It predicted that by 2014 there will be half a million TD-LTE base stations in use worldwide serving more than 100 different devices and covering two billion people. source: China Mobile presentation