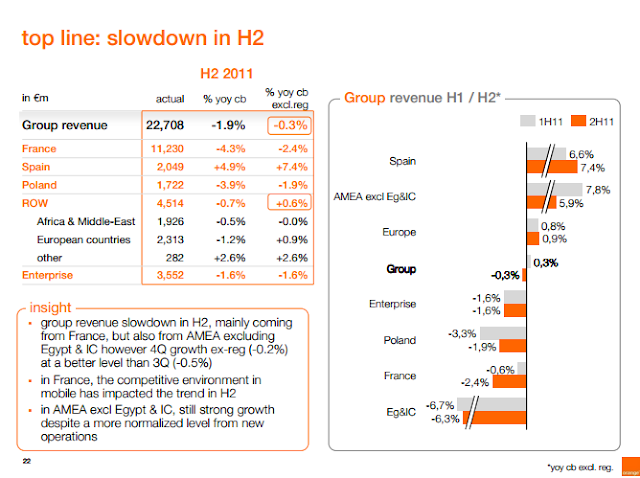 France Telecom-Orange Chairman and CEO Stéphane Richard said. "Having acquired a foothold in Iraq and the Democratic Republic of Congo this year, the group now serves more than 226 million customers around the world. We are conscious that the macro-economic and competitive context in 2012 remains uncertain." source: France Telecom-Orange statement