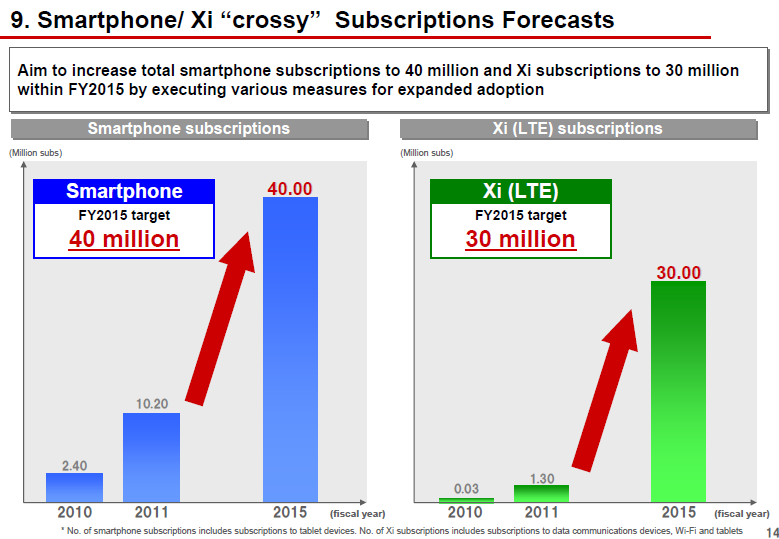 NTT DOCOMO said it is aiming to increase its "packet revenues" from carrying data services by 50% by its 2015 fiscal year to 2.7 trillion Japanese yen (34.6 billion US dollars), up from 1.8 trillion yen in the 2011 fiscal year (ending March 31, 2012). In the same timeframe, it expects traffic on its network to grow twelve-fold, as the number of smartphones it serves rises to 40 million by the end of the 2015 fiscal year, compared with 10.2 million at the end of 2011 fiscal year.

DOCOMO also said that its operating revenues in the quarter ending September 30th rose 1.6% year-on-year to 1.07 trillion yen, despite a 1.5% fall in cellular service revenues. Revenues were boosted by rising sales of smartphones. source: DOCOMO presentation