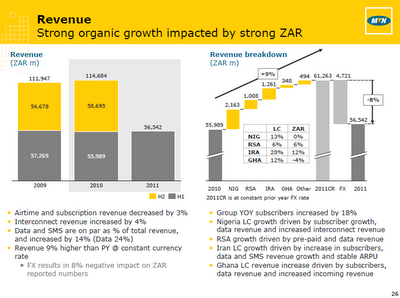 Pan-Africa and Middle East mobile group MTN said that its revenues increased by 9% year-on-year on an organic basis in the first half of 2011 to 56.54 billion South African rand (7.98 billion US dollars). MTN's capital spending was down by 26% on an organic basis to 5.71 billion rand, mainly because of logistical delays. source: MTN presentation