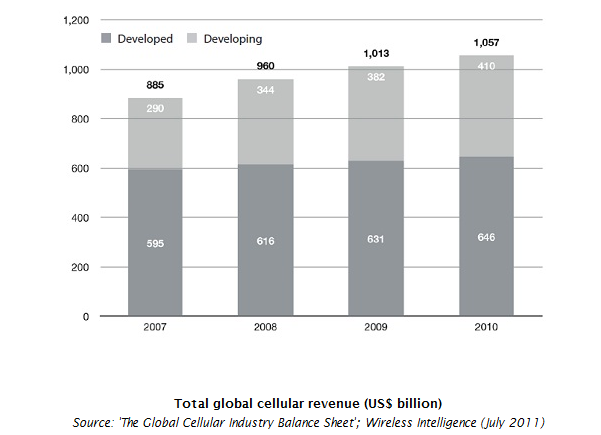 Global mobile operator revenues reached 1.057 trillion US dollars in 2010, according to Wireless Intelligence, with operators investing around 200 billion dollars in capital expenditure during the year. WI figures indicate the global mobile industry grew 4.3% last year, compared with 5.5% in 2009.

Voice service revenue still accounted for 75% of recurring revenues in developing countries in 2010, and 70% in developed countries, according to the research firm, which is owned by the GSMA. WI said data revenues (excluding messaging) represented 16% of total revenue in the developed region in 2010, compared to 11% in the developing region. source: Wireless Intelligence statement