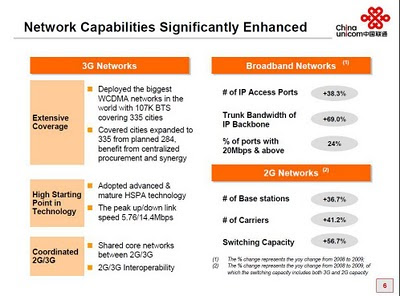 After investing heavily in its mobile networks in 2009, China Unicom said that it will cut capex in by almost 35% to 73.5 billion yuan (10.8 billion US dollars) in 2010 with a 61% cut in spending on 2G networks and a 37% cut in 3G network spend. At the end of 2009, China Unicom had almost 148 million mobile subscribers including 2.74 million 3G customers. source: China Unicom presentation