Traffic Up and Revenue Down For Vodafone 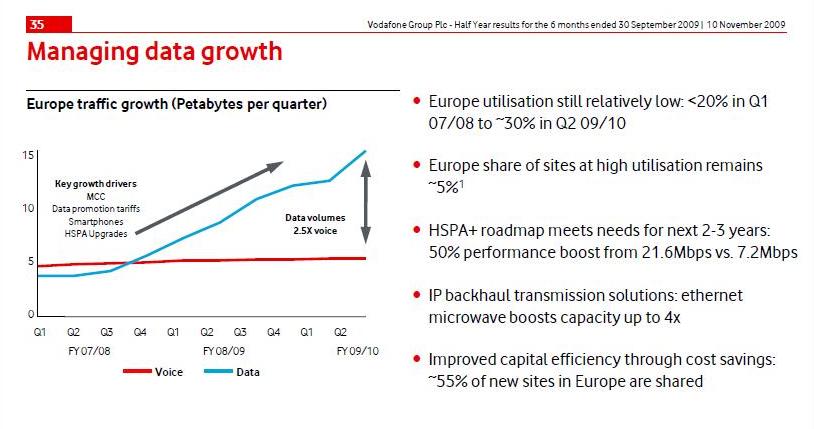 Hit by falling voice revenues in Europe and slowing growth in India, Vodafone said that its organic revenues fell 3% year-on-year to 21.8 billion pounds (36.4 billion US dollars) in the six months ending September 30. The group's organic data revenue in Europe grew almost 18% year-on-year, compared with about 22% in the six months ending March 31.

Vodafone said the HSPA+ roadmap will meet its needs for the next 2 to 3 years, as upgrading the network to a peak-rate of 21.6 Mbps from 7.2 Mbps will result in a 50% performance boost. It added that it can increase its backhaul capacity fourfold using ethernet microwave technology.

Vodafone also said it now has 83 million customers, 89,000 base stations and one million distributors in India. source: Vodafone presentation