Although service revenue has been under pressure for most of the past decade, Europe’s big five telcos continue to collectively invest far more in capex (39 billion euros in 2019) than they were in 2010 (34 billion euros). Deutsche Telekom, Telefónica, Vodafone, Orange and Telecom Italia are now spending 17% of their aggregate revenues on capex (excluding spectrum license fees), up from 14% in 2010. Although they are now under pressure to deploy 5G, some of the big five are now taking their foot off the pedal (as the graphic shows).

Over the past decade, Deutsche Telekom has been the biggest spender, investing over 100 billion euros in plant, property and equipment. However, Telecom Italia leads in terms of capital intensity: It spent an extraordinary one quarter of its revenues on capex in 2015, 2016 and 2017, before scaling back to 22% in 2018 and 21% in 2019.

Note, some of the Vodafone figures for the fourth quarter of 2019 are estimates, as the company hasn't reported for that period yet.

If you would like to purchase a PDF copy of the report, priced at 100 euros for a company-wide license, please email: pringled@btinternet.com. 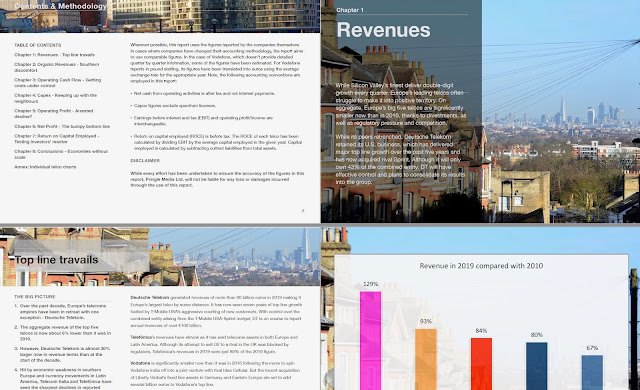 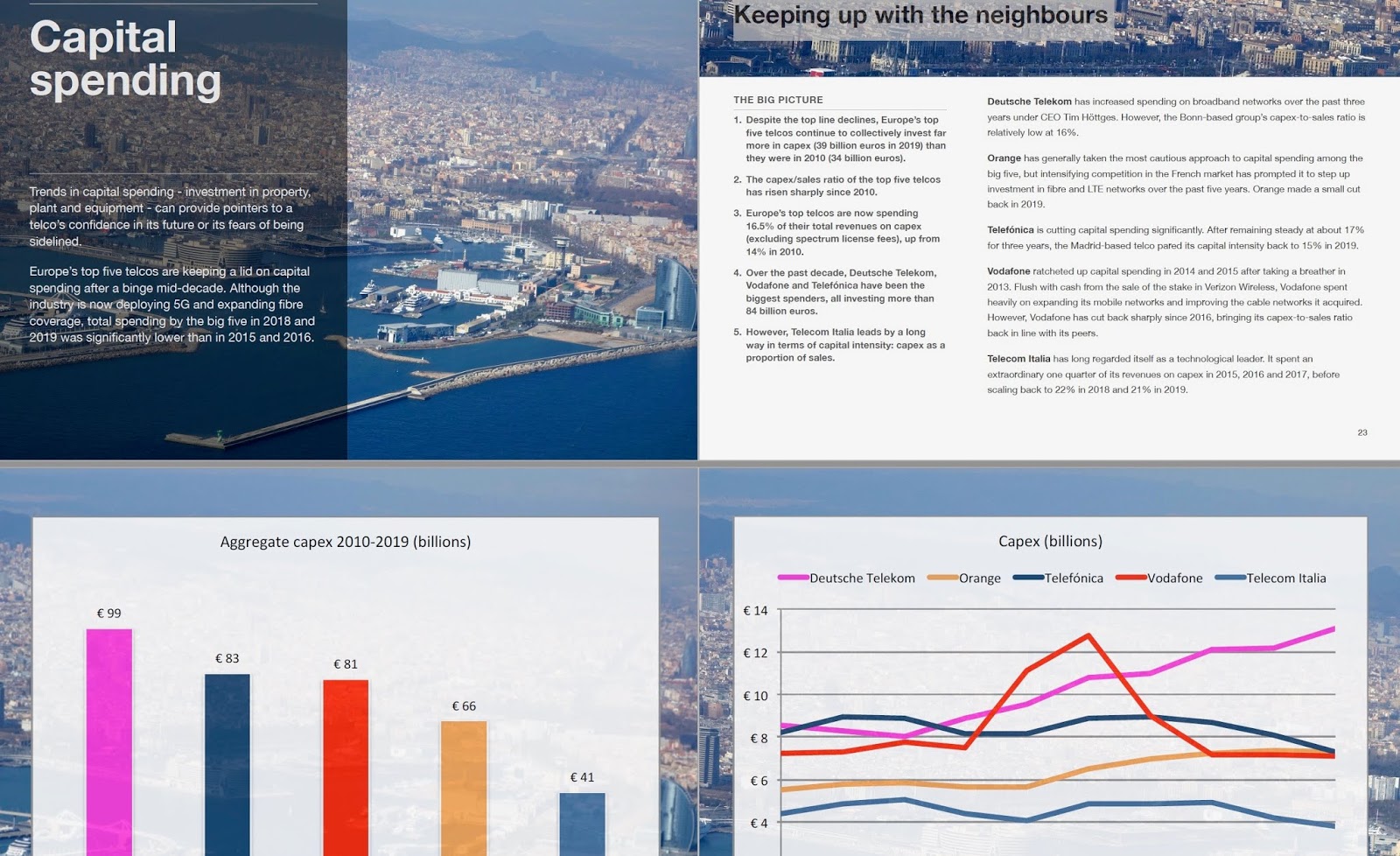