Tesla reported a 129% year-on-year increase in revenues in the third quarter to 6.82 billion U.S. dollars, fuelled by a 158% rise in automotive revenues. Energy generation and storage revenue climbed 26%.

Competing with Alphabet's Waymo and GM's Cruise in the race to develop self-driving cars, Tesla said: "Our Autopilot software is now much improved..... The main functionality we added to our early access users is “Navigate on Autopilot” where on most controlled-access roads, such as highways, any Tesla vehicle made from October 2016 with Enhanced Autopilot will be able to automatically change lanes with driver confirmation, transition from one freeway to another, and ultimately exit the freeway when approaching the final destination."

At the end of third quarter, there were almost 450,000 Tesla vehicle owners around the world, the company said, adding: "Ultimately, we believe this group will become the largest demand generator for our residential solar and Powerwall business." Source: Tesla statement 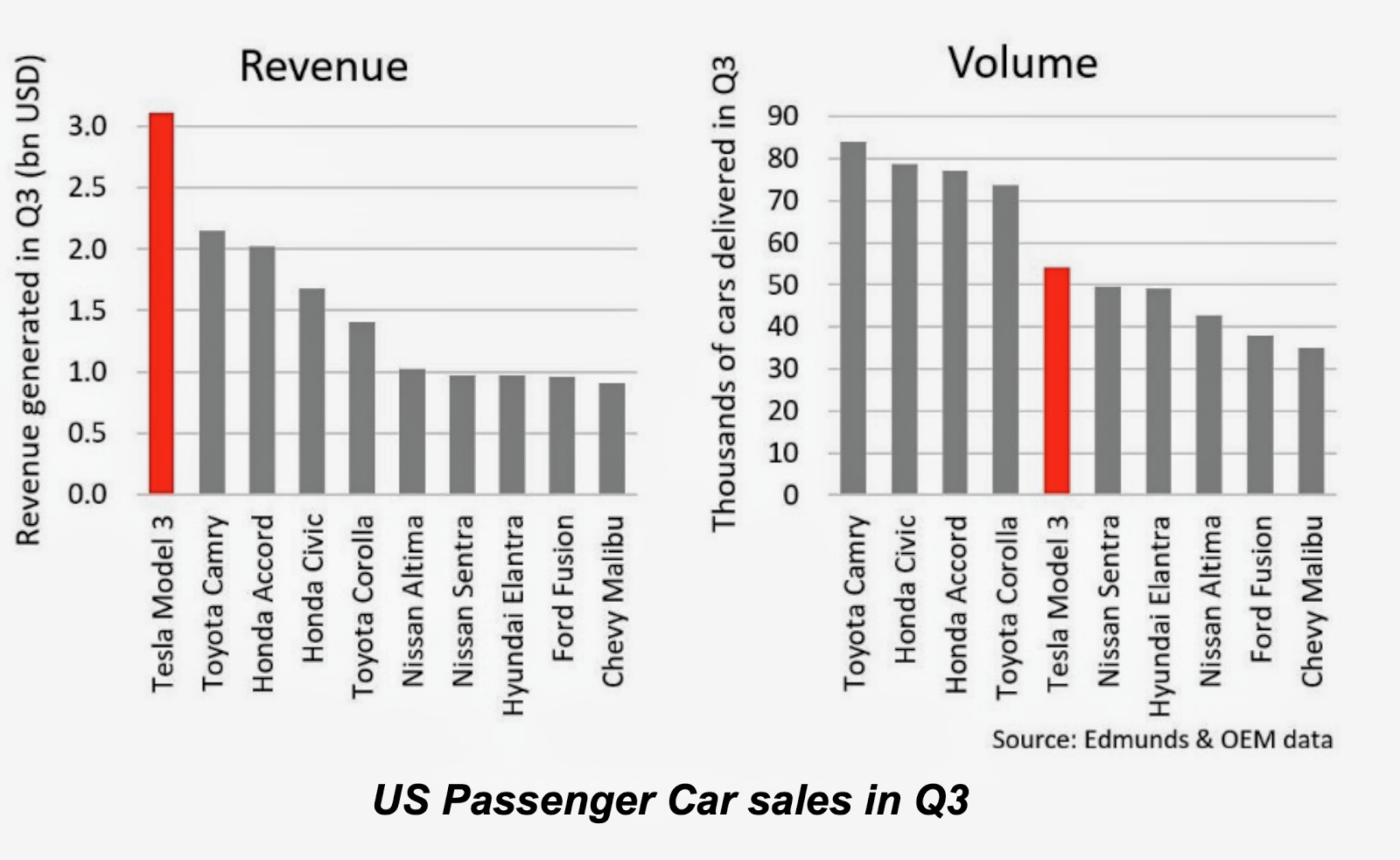