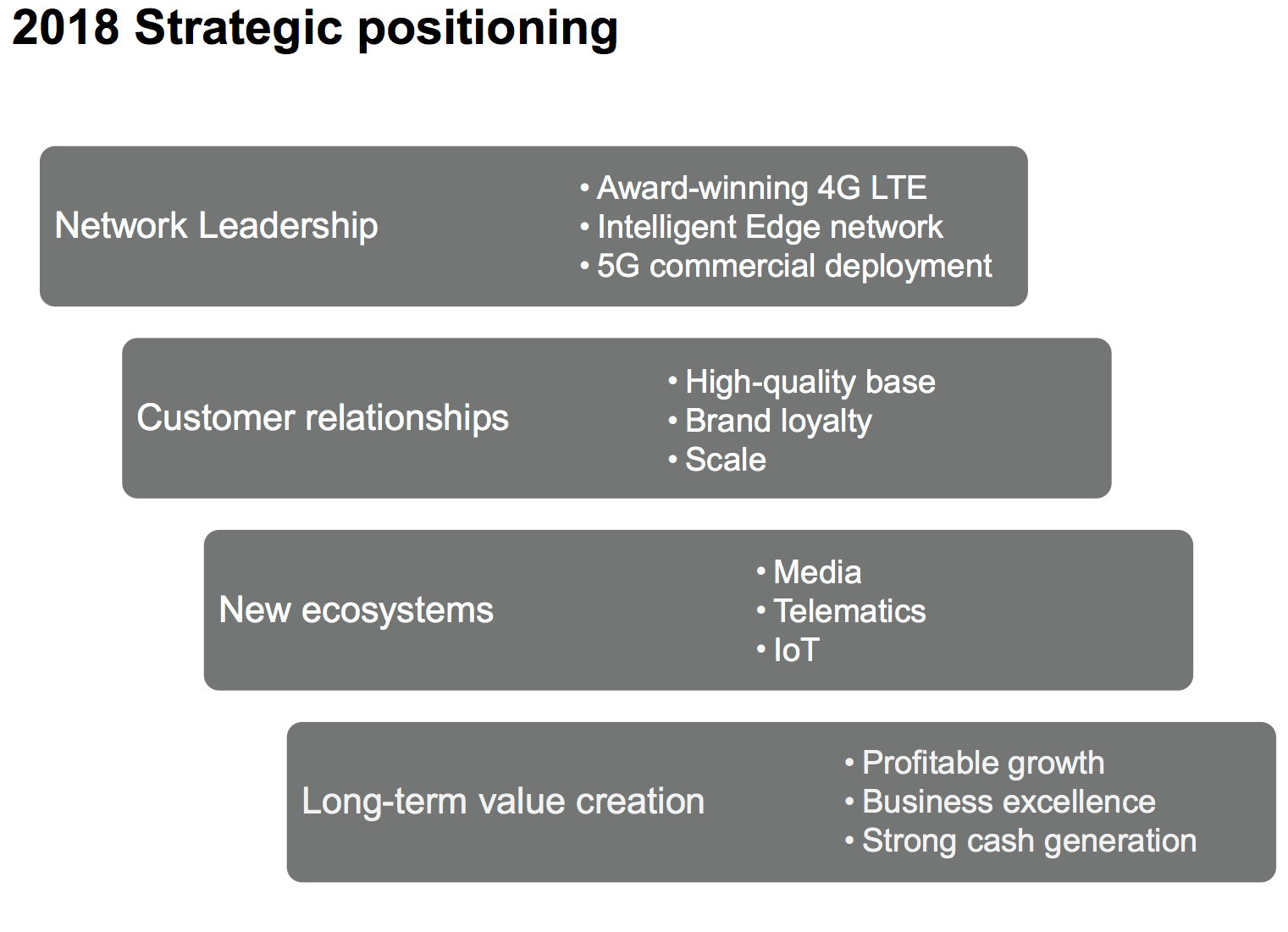 Verizon reported a 0.6% year-on-year increase in revenue for the fourth quarter, excluding divestitures and acquisitions, to 34 billion US dollars.  However, wireless service revenue was down 2.9% to 15.9 billion dollars.

The New York-based company forecast that full-year revenues will grow at low-single-digit percentage rates on a GAAP basis in 2018. Excluding the impact from the new revenue recognition standard, Verizon said it is on track to achieve year-over-year wireless service revenue growth by the middle part of 2018. On a GAAP basis, Verizon expects service revenue growth to turn positive around the end of 2018 or early 2019.

Verizon said its media business serves approximately one billion "monthly unique users", generating revenue of 2.2 billion US dollars in the fourth quarter (Verizon completed the acquisition of Yahoo! in June 2017). It has content distribution partnerships with the NFL and the NBA. Verizon also reported a 8% year-on-year organic increase in telematics and Internet of Things revenue in the fourth quarter, claiming it has the world’s largest fleet management platform.  source: Verizon statement