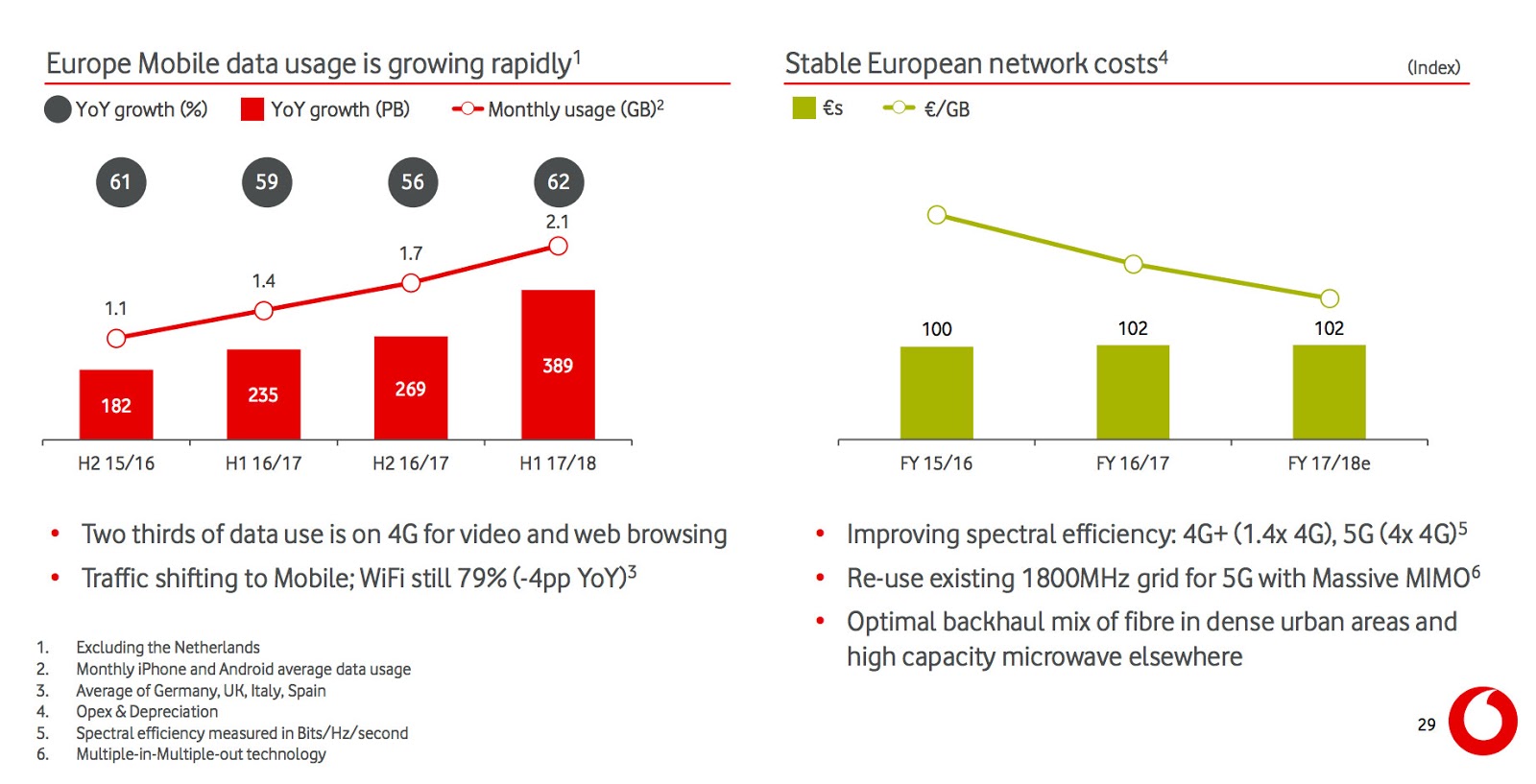 Vodafone reported a 4.1% year-on-year fall in group revenue to 23.1 billion euros for the six months ending September 30th, blaming the deconsolidation of Vodafone Netherlands and currency movements.  That figure doesn't include Vodafone India, which is now merging with rival Idea Cellular.  Vodafone India's service revenues were down 15.8% over the six month period. Vodafone said that group service revenue rose 1.3% on an organic basis in the quarter ending September 30th (excluding Vodafone Netherlands and Vodafone India) driven primarily by "our growth engines of mobile data, fixed/convergence and enterprise."

Vittorio Colao, CEO, commented: "Revenue grew organically in the majority of our markets driven by mobile data and our continued success as Europe’s fastest growing broadband provider. Enterprise revenues continue to grow, led by our Internet of Things (‘IoT’), cloud and fixed services ... In India competition remains intense. There are however signs of positive developments in the Indian market, with consolidation of smaller operators and recent price increases from the new entrant. ...we will continue to implement our strategic initiatives, including fibre infrastructure expansion in Germany, Portugal and the UK; our entry into the consumer IoT market with the launch of “V by Vodafone”; and the ‘Digital Vodafone’ programme designed to enhance our customers’ experience, increasing revenues and cost efficiency.” source: Vodafone statement