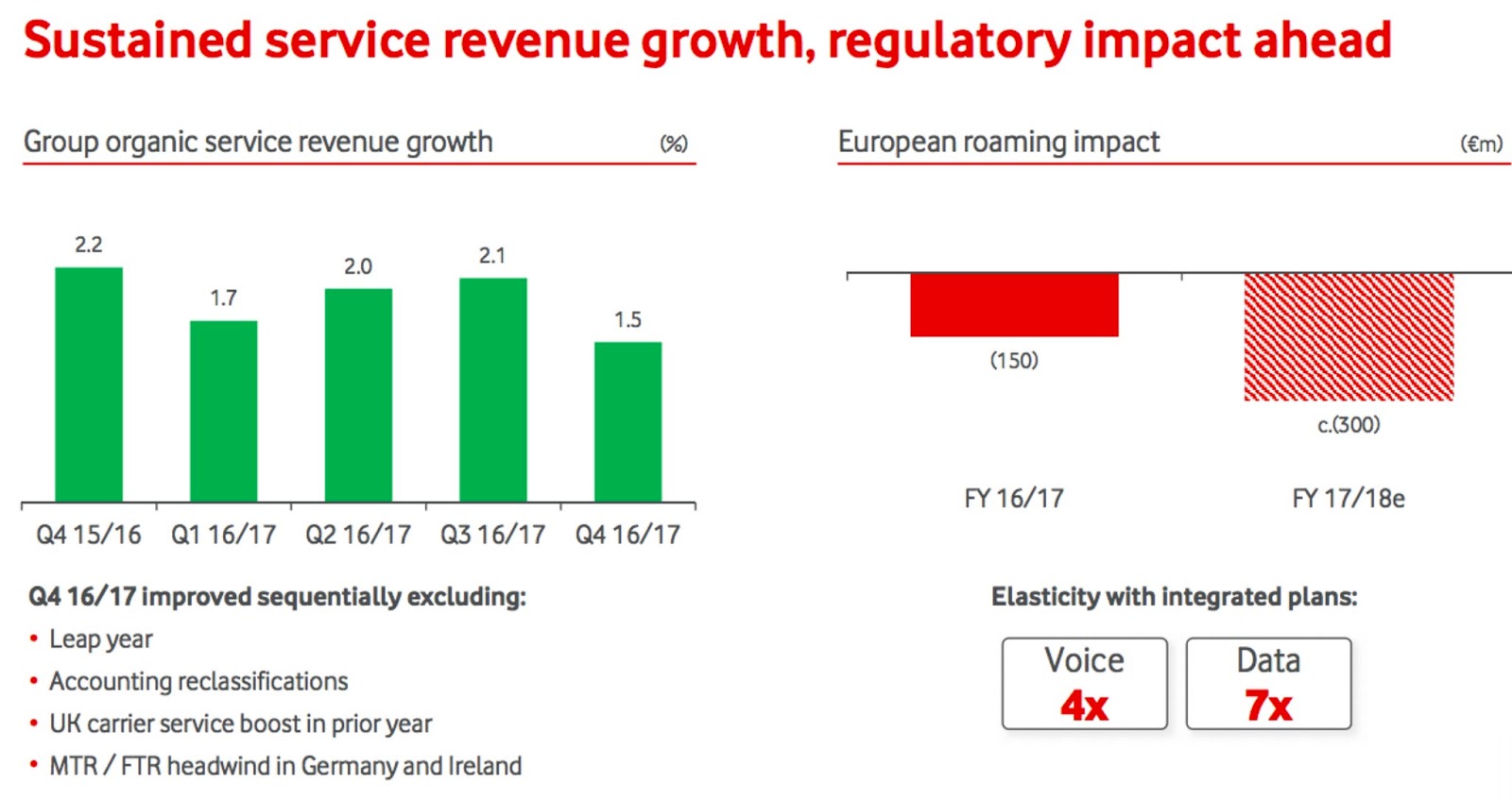 Vodafone reported 1.5% year-on-year growth in service revenue on an organic basis for the quarter ending March 31, 2017. That was slower growth than in the preceding four quarters and Vodafone warned that European roaming regulation will curb future growth. The results were weighed down by weak performances in the UK and India, where Vodafone is facing intense competitive pressure and is merging its operations with those of Idea Cellular.

However, Vittorio Colao, Group CEO, sounded a bullish note, saying: "Sustained investment in network quality has provided the platform to offer more generous plans to our mobile customers in Europe, stabilising contract ARPU, and has allowed us to capture strong data growth in our emerging markets operations. We continue to be Europe’s fastest growing broadband provider, seizing the opportunities created by convergence and winning revenue market share, supported also by our Enterprise business which continues to outperform its peers."

For the financial the year to March 31, 2017, Vodafone reported 700 million euros of revenue from the Internet of Things. It also said it used data analytics to deliver 3.1 billion personalised offers in the financial year. Source: Vodafone presentation 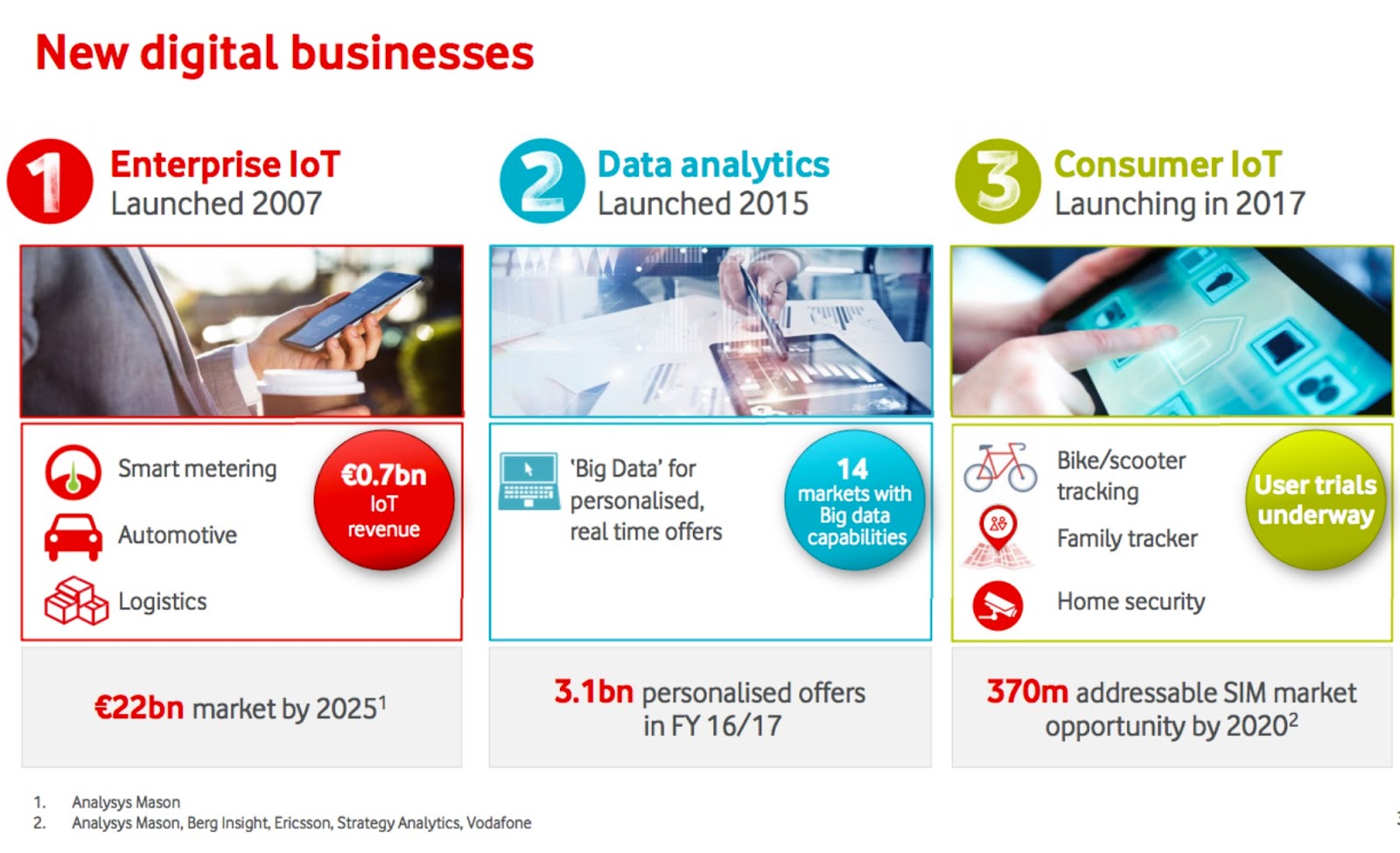