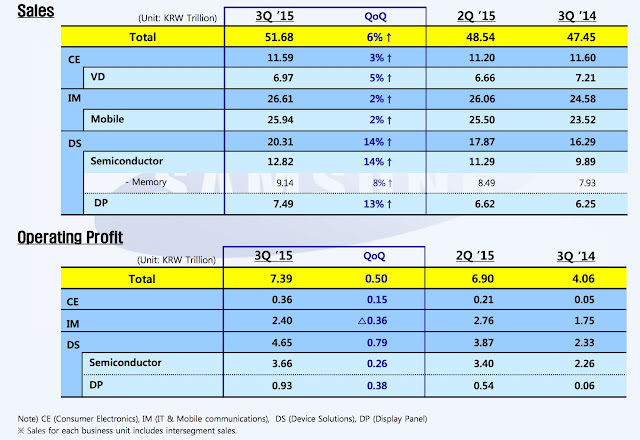 For the most recent quarter, Samsung reported strong growth in shipments of smartphones driven by new models, including the S6 Edge+, Note5, A8, and J5. But average selling prices were down due to increased sales of mid- to low-end products. source: Samsung presentation