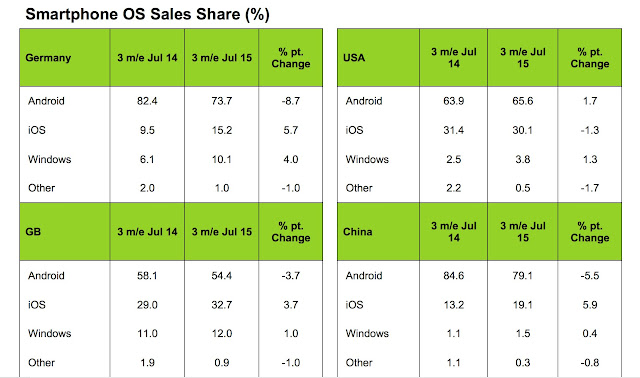 In the smartphone market, Android, the leading operating system, has lost ground to both iOS and Windows in Europe in the past year, according to Kantar Worldpanel ComTech. However, Android has gained share in the U.S., the research firm added. “27% of smartphone buyers across Europe left Android for iOS versus 9% in the US,” said Dominic Sunnebo, business unit director at Kantar Worldpanel ComTech Europe.

“The U.S. market continued to be dominated by two players, Apple and Samsung, who together accounted for 64% of all smartphones sold,” added Carolina Milanesi, chief of research at Kantar Worldpanel ComTech. “Our data also shows that these two vendors sold nine of the top ten best-selling smartphones in the three months ending July 2015 – with LG making a cameo appearance in the ranking.” source: Kantar Worldpanel 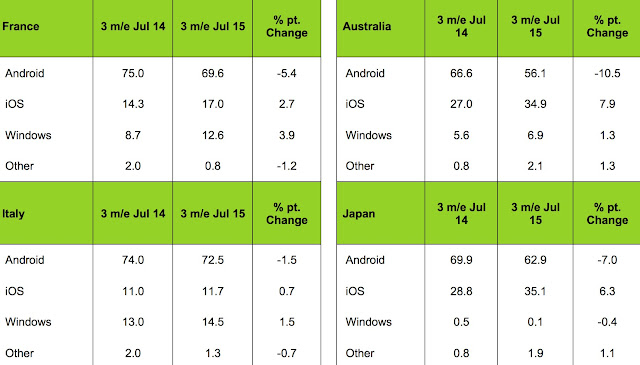